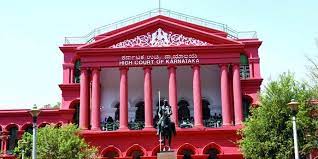 Court Rejects College Dean’s Petition To Raise Retirement Age as it would impact state treasury and availability of new job opportunity, is upheld by the High Court of Karnataka through the learned Judge JUSTICE KRISHNA S DIXIT AND JUSTICE P KIRSHNA BHAT  in the case of Dr Chidananda P Mansur V. Union Of India & Others (W.A. NO.100198/2022)

Brief facts of the case: Dr. Chidanand P. Mansur, who used to be Dean of the College of Agricultural Sciences at Hanumanamatti, went to the High Court to challenge Clause 30(8) of the University Statutes of 1964, which suggests that individuals can retire at age 62. He also asked to keep working until he turned 65, as prescribed by the UGC Regulations of 2018 and the Central Government Order from November 2, 2017.

Mansur relied on the UGC Regulations, 2018, which were made based on the Pay Review Committee’s 2017 suggestions. In essence, he said that after the 42nd Amendment, education was added to List 3 of Schedule VII of the Constitution of India. Because of this, he said, the UGC Regulations, 2018, are now a Central Law and take precedence over the disputed University statute, that is a State Law.

Although the UGC Pay Package gives these universities an option to adopt the 65-year-old retirement age, the government advocate maintained that the subject UGC Regulation does not mandate that age for employees of Agricultural Universities established under State Legislations. The respondent-University has set the retirement age at 62 years in accordance with a Government Order dated on October 28, 2009.

The lawyer also said that the age of retirement is a condition of employment and is set by the University Statutes, which are made public by the State Enactment. In fact, the UGC Regulations leave the retirement age up to the University. Since this is the case, there is no way that the Central Law and the State Law could be in conflict with each other.

The court said that the respondent-University was set up by Section 3 of the University of Agricultural Sciences Act, 1963, which will be called “the State Act” from now on. Section 39 of the State Act says that the University of Agricultural Sciences can make laws about how its workers should be treated. So, since the statutes have been made and the resolution has been passed, the Government Order from October 28, 2009 says that the age of retirement is 62.

In accordance with the UGC’s proposal, the Central Government, through order dated 31 December 2008, extended the benefits of the Sixth Central Pay Commission Recommendation to the teachers of Central Universities.” One of these advantages is the increased retirement age of 65 years. Consequently, these benefits did not apply to the staff of State Universities, which are distinct from Central Universities. A comparable order was issued on November 2, 2017. It’s doesn’t ipso facto apply to State University personnel; consequently, a committee was formed to investigate the problem.The Committee proposes increasing the retirement age from 62 to 65 in suggestion 12. As correctly argued by the learned Government Advocate and the Panel Counsel, the bench remarked that a suggestion of this nature is not in and of itself justiciable, and consequently the appellant/petitioner cannot rely on it.

Refuting the claim that the UGC Regulation and the University Statutes are in contradiction with one another, such that the former, as a Central Law, would take precedence over the latter, which is a State Law. The court stated, “The conflict may only arise rationally if it is demonstrated that the Central Law imposes a rule without exception. This is not the situation. Although the UGC Letters of 30.01.2018 and 31.01.2018 prolong the benefits of the 7th Central Pay Commission Report, they mention little regarding the mandatory increase of the retirement age from 62 to 65 years for State universities. When the Central law provides a choice about the retirement age, it is permissible for State Universities to choose a different retirement age for their personnel.”

Consequently, the court dismissed the writ appeal. However, it was noted that this ruling would not prevent the advice of the University Committee from being quickly examined by the appropriate authorities in line with the law.