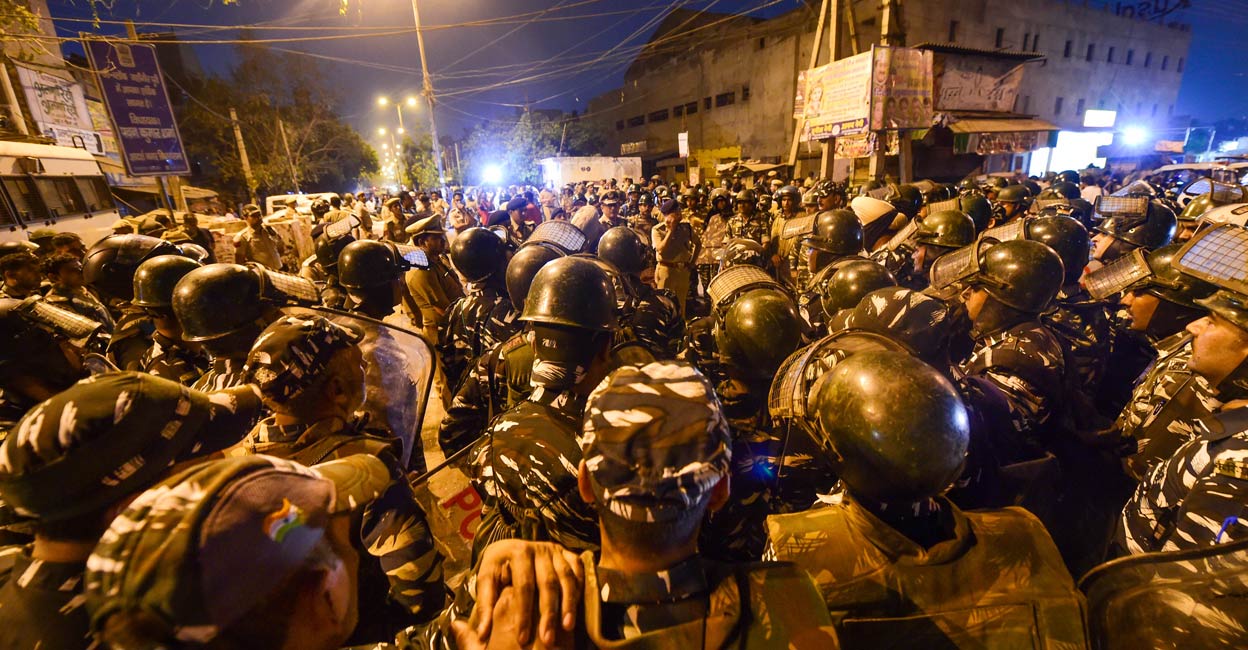 The principle that anticipatory bail petitions disguised as relief petitions alleging police harassment could not stand in Court was upheld by the High Court of Delhi through the learned bench led by HONOURABLE MS. JUSTICE ASHA MENON in the case of Sheikh Ishrafil v. The State of (NCT)Delhi & Ors. (Criminal Writ Petition Case No. 937 of 2022)

FACTS OF THE CASE: Brief facts of the case are as follows; On 16 April 2022, a Hindu–Muslim riot broke out in Delhi’s Jahangirpuri neighbourhood amid a Hindu procession commemorating Hanuman Jayanti. The altercation occurred during the third march of the day, which came to a halt outside a mosque where Muslims had Ramadan prayers. Stones were thrown, bullets were fired, injuring numerous people, including a police officer. The petitioner Sheikh Ishrafil is allegedly one of the main conspirators and perpetrators of the Jahingirpuri riots incident and was evading the process of law. His older son was also arrested for his role in the rioting. Ishrafali pleaded that the police were coming to his house under the guise of an inquiry and harassing him and his family. He further stated that the police attempted to implicate him and his family members in the disturbance. Ishrafil further stated that his father had died on April 14, 2022, and that according to Muslim rituals and traditions, his late father’s Teeja(the third day after death) was being done on April 16, 2022, in the Eidgah C-block, Jahangirpuri, where the riots had started. He said Ishrafil’s whole family participated in the ceremonies, including his five sons.

On the other hand, Additional Standing Counsel (ASC) appearing for the State contended that during investigations, a large number of people were identified rioting, wielding swords, waving and using firearms, pelting stones and glass bottles and that as of May 12, 2022, 34 people and three CCLs had been apprehended. He stated that others, including Ishrafil and his son Ashnoor, had fled and that non-bailable warrants (NBWs) had been issued against them. The ASC for State further claimed that Ishrafil was actively inciting his people by pelting stones and bottles and attacking the Hanuman Jayanti parade with rifles, swords, bricks, and bottles, among other weapons. “He also circulated the message among his neighbourhood to collect stones, brick pieces, glass bottles, swords, and other weapons to be utilised at a suitable moment,” the state attorney stated. The respondent’s counsel went on to say that Ishrafil had conspired to disrupt the country’s communal unity and that the forensic team discovered and confiscated bricks, glass, and ceramic fragments from Ishrafil’s terrace, among other places. Furthermore, the State counsel maintained that Ishrafil was seeking anticipatory bail under the guise of the current petition, which was not acceptable.

JUDGEMENT: After reviewing the submission of both parties, the Court concluded that given the Status Report filed by the State, which revealed that the police were only investigating the offences for which an FIR had been filed. The relief petition alleging ‘police harassment’ was rejected by the Court, which held that the petition was of a ‘phishing kind’ and was filed to seek anticipatory bail in the guise of seeking protection from the police. Conclusively, Court held that under the given facts and circumstances, it was evident that the petitioner had moved this petition to thwart investigations. The Court quoted the judgment in the case of King-Emperor v. Khwaja Nazir Ahmad, AIR 1945, wherein it was stated that the functions of the Judiciary and Police were complementary, and each must be allowed to exercise its function, with due observance of law and order and a concern for individual liberty. The Court could not allow itself to be used in such a fashion, which might lead to interference with the investigations, which had always been frowned upon by the courts.” Accordingly, the plea was dismissed.