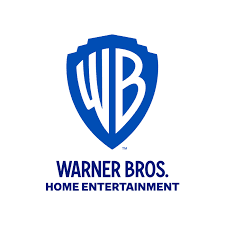 The right of Warner Bros to a permanent injunction against copyright infringement was upheld by the High Court of Delhi through the learned bench led by HONOURABLE MR. JUSTICE in the case of Warner Brothers Entertainment v. http.otorrents.com & Ors (Civil Suit(Commercial) Case No. 367 of 2019)and connected appeals

FACTS OF THE CASE: Brief facts of the case are as follows: Warner Bros filed a lawsuit contending that the defendant websites infringed its copyright by illegally streaming and hosting its content. The company submitted that an independent investigator conducted an investigation to probe the extent of the infringing activity of the rogue websites. It also informed the Court that a cease-and-desist notice was served on the rogue websites calling upon them to stop engaging in their infringing activities. However, despite the legal notice, it was contended that the rogue websites continue to infringe the plaintiff’s rights. Warner Bros thus sought the following relief from the Court to issue an order and decree of permanent injunction restraining Otorrents from hosting and streaming its content and to issue an order to ISPs to block access to Otorrents’ website. It also wished to issue an order directing the Union Ministry of Electronics and Information Technology (MEITY) and other government departments to issue a notice calling upon various internet and telecom service providers registered under it to block access to the website.

JUDGEMENT: After reviewing the submissions of both sides, the Court noted that the defendants did not have any real prospect of successfully defending the copyright infringement claim. Thus, it granted a permanent injunction in favour of Warner Brothers while restraining “rogue” torrent websites from distributing, broadcasting, transmitting and streaming their content. The Court held that the suit could be decided summarily as the websites in question were not represented and further held that since the defendants had no real prospect of successfully defending the claim of copyright infringement, they had chosen not to contest the said claim further. Based on the evidence placed on record, the honourable judge found  that there was sufficient evidence to hold that the defendant No.1 and 51 other websites as “rogue websites” and passed a summary judgment invoking the provisions of Order XIIIA of the  CPC as applicable to commercial disputes.”Citing its verdict in UTV Software Communication Ltd. & Ors. v. 1337X.to & Ors, which laid down the law on grant of dynamic injunctions, the Court permitted Warner Bros to implead any mirror/redirect/alphanumeric websites which provided access to its content by filing appropriate applications supported by affidavits and evidence. “Any website impleaded as a result of such application will be subject to the same decree,” the judgment stated. In its order, the Court also noted that in 2019, it had directed the MEITY and internet service providers to block the domain name “Otorrents.com‟ and its URL https://otorrents.com. It was informed that following a notification issued by the government departments, ISPs had blocked access to the infringing websites.