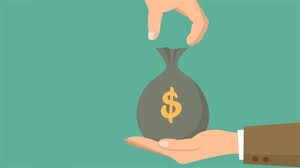 Mrs. Raziya Abdul Kadir Shaikh, the deceased’s mother, filed a civil suit against the Railway, claiming compensation for an untoward accident on the 11th of May, 2010, which came to be dismissed. N. J. JAMADAR, J the Learned Judge, pronounced the Judgement on 24.01.2022 in MRS. RAZIYA ABDUL KADIR SHAIKH V. UNION OF INDIA.

Facts of the case –  Abdul Salam Kadir Shaikh (“the deceased”) was a bachelor at the time. On the 11th of May, 2010, he traveled by local train from Andheri to Dadar with a valid second-class ticket. The applicant claimed that when the train departed Andheri station and began running, the deceased fell from the train and suffered a fatal head injury due to other passengers’ push in the compartment between kilometers 21/7A and 21/8. The victim passed away on the scene. The applicant’s mother, Raziya, had been abandoned by the deceased’s father, and as the applicant’s sole dependent, she preferred the claim for compensation under Section 124-A of the Railways Act. The respondent filed a written statement in response to the application. It was argued that the style and manner of the purported unpleasant incident asserted by the applicant were incorrect because the applicant had no firsthand knowledge of the occurrence. The accident note and inquest panchnama, on the other hand, show that the deceased was not a genuine passenger and died in an unpleasant circumstance, according to the respondent. The dead received a deadly injury while crossing the railway track without permission. There was no evidence that the deceased fell from a train carrying people by accident. The respondent sought the application to be dismissed for these and other reasons.

Mrs. Raziya’s testimony was recorded by the Tribunal (AW-1). The learned Vice Chairman of the Tribunal was persuaded to hold that the deceased was knocked down/run over by an unknown local train while crossing the railway tracks near Andheri Railway Station after reviewing the oral evidence and the documents presented for his consideration, particularly the accident memo submitted by the Station Superintendent, Andheri, the inquest panchnama, and the postmortem report. As a result, the occurrence did not qualify as an “untoward incident” as described under Section 123(c)(2) of the Railways Act. According to the Tribunal, the deceased was also found not to be a genuine passenger. As a result, the contested Judgment and award dismissed the compensation claim. The appellant has chosen this appeal because he is offended and unsatisfied with the contested decision and award.

Mr. More, the appellant’s skilled Counsel, passionately argued that the Tribunal erred on both points. To begin with, the Tribunal’s conclusion that the death was not a genuine passenger based only on the fact that a valid ticket was not located on his person is entirely unsupportable. The applicant’s allegation on the point mentioned above went unaddressed during her cross-examination was emphasized. Second, the Tribunal’s technique of recording a determination that the dead did not meet an untimely death is far from adequate.

Mr. More further submitted, According to Mr. More, the Tribunal made an apparent legal mistake by relying on the inquest witnesses’ best guesses. However, they had no chance to view the occurrence. The Tribunal robbed the appellant of a viable claim for compensation by recording such erroneous conclusions.

In response, Mr. Pandian, the learned Counsel for the respondent, adamantly argued that, under the facts and circumstances of the case, there is no fault with the Tribunal’s determinations that the deceased was not a bona fide passenger and died while crossing the railway tracks. Mr. Pandian attempted to bolster the statements mentioned above with evidence from the Station Superintend’s accident memo and the inquiry.

The Learned Judge analyzes the type of injuries discovered on the deceased’s person. If the dead died while crossing the railway tracks, as was claimed, it was very implausible that no additional damages, other than abrasions, would have occurred on any other portion of the corpse’s body, particularly the upper and lower limbs. In the facts and circumstances of the case, the head injury appears to be more consistent with the theory that the dead fell from the train carrying the passengers. Second, the Tribunal overlooked that the corpse was discovered on the platform, as stated in the accident document. There is no evidence that the corpse was found at a specific location on the tracks and then moved to the platform to conduct an inquiry. Third, the inquest’s reliance on public witnesses’ guesses regarding the incident’s probable cause was rife with flaws. The goal of an inquest conducted under Section 174 of the Code of Criminal Procedure, 1973 is to determine the apparent cause of death and to describe any wounds, fractures, bruises, or other marks of harm found on the deceased’s body.

For the reasons stated above, the Learned Judge is convinced that the Tribunal made a mistake in determining that the deceased did not die in an unpleasant occurrence. Mr. More, the learned Counsel for the appellant, was right in relying on a decision of this Court in the matter of Rekha Dilip Sapkale vs. Union of India, in which this Court overturned a Tribunal ruling dismissing the applicant’s claim in a similar fact circumstance. As a result, as determined by the Supreme Court in the instances of Rina Devi (supra) and Union of India vs. Radha Yadav, the appellant – applicant is entitled to compensation of Rs.4,00,000/- plus reasonable interest.