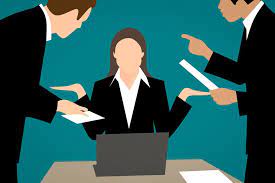 The Dispute between the petitioner and respondent has arisen under a contract for the sale of scrap dated September 21, 2021, titled “Scrap Sale Order” (for short ‘the contract’), issued by the respondent in favor of the petitioner, interalia for a sale of scrap material such as Reinforcement Steel, Structural Steel, SS, Aluminium. The petition was filed under Section 9 of the Arbitration and Conciliation Act, 1996, whereby the petitioner has prayed for interim measures pending the arbitral proceedings. This Judgement was pronounced by the Learned Judge G.S.KULKARNI, J on 24.01.2022 in CHETAN IRON LLP V. NRC LIMITED.

General terms and conditions are included in the contract. The arbitration agreement between the parties is contained in clause (3). The ‘Validity of the Contract’ clause in clause (5) specifies that the contract will be valid until June 30, 2022. The petitioner (buyer) must remove scrap items from the designated sites regularly and when scrap materials accumulate. It also stipulates that any party must give 15 days’ notice before terminating the agreement. Clause 19 is also significant since it states that the sale will be on an “as is, where is” and “ground-clearing basis,” that the objects will be cleared without sorting or removal of any portion, and that a pick-and-choose collection arrangement will not be authorized. It further states that all lots must be removed as specified, that all indicated must be eliminated, and that the site must be cleared entirely and confirmed by the appropriate officer. Clause 20 states that if any usable/good material is discovered during the removal of Scrap material, the responder has the right to keep it. The respondent kept a ledger account of the petitioner during the contract’s execution, which shows that the petitioner had paid an amount of Rs.2,14,11,212/- and an advance amount of Rs.21,96,468/-, which was the credit balance available to the petitioner in the account, a copy of which is annexed at ‘Exhibit F’ of the petition.

As a result, the petitioner should not be prevented from continuing with the contractual job, which will be carried out following the petitioner’s official paperwork. The retail prices were also negotiated and concluded according to the agreed-upon discussions. The respondent was also advised that if the petitioner were forced to quit working, they would have no choice but to pursue legal action.

The observations expressed above are prima facie and solely apply to the current proceedings. The parties’ rights and claims are expressly left open if the disputes are brought to arbitration. At this point, Mr. Surve, learned Counsel for the petitioner, requests that the ad-interim order issued by this Court be continued. In the circumstances of this instance, such protection is not possible. As a result, it is rejected.

At this point, Mr. Surve, the petitioner’s skilled Counsel, has requested that the parties’ issues be directed to arbitration by designating a lone arbitrator. On directions, Mr.Nankani, learned Senior Counsel for the respondent, would not oppose Mr.proposed Surve’s line of action. The parties agree that the disagreements should be resolved by arbitration, and this Court chooses an arbitrator. The idea must be accepted in the circumstances.

Before entering the reference, the skilled Sole Arbitrator shall make a declaration according to Section 11(8), read with Section 12(1) of the Act, provide copies to the parties, and transmit the same Prothonotary and Senior Master of this Court to be recorded. The parties are free to approach the knowledgeable Sole Arbitrator within ten days of today on a mutually convenient date that the learned Arbitrator may set. The fees of the arbitral proceedings shall be divided equally by the parties and controlled by the Fourth Schedule to the Act. All merits contentions between the parties are specifically left open.

At this point, Mr.Nankani honestly asserts that an advance of Rs.21,96,468/- taken by the respondent from the petitioner would be repaid to the petitioner within two weeks from today, without the respondent’s rights or contentions in the arbitral proceedings. The prior arrangement is subject to the petitioner’s right to appeal the previous order’s denial of its Section 9 petition. All arguments in this regard are explicitly left open.