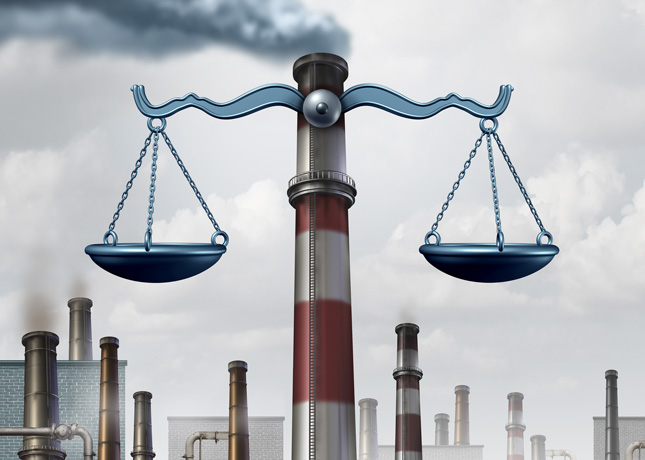 The failing to take steps in accordance with environmental law provisions was considered to amount to an offence under Section 3 of the Prevention of Money Laundering Act, 2002 as it amounts to using the proceeds of crime by running activity in violation of environmental law; by the NATIONAL GREEN TRIBUNAL, PUNE BENCH, before a bench consisting of Hon’ble Mr. Justice Adarsh Kumar Goel, Chairperson; Hon’ble Mr. Justice Sudhir Agarwal, Judicial Member; Hon’ble Mr. Justice Brijesh Sethi, Judicial Member; Hon’ble Prof. A. Senthil Vel, Expert Member; and Hon’ble Dr. Afroz Ahmad, Expert Member, in the matter of Madhusudan Roongta vs. State of Maharashtra & Ors. [Original Application No. 74/2020(WZ)], on 19.01.22.

The facts of the case are that the present application has been registered on transfer of proceedings from the High Court of Bombay at Nagpur in PIL No. 3/2018. The petition is against violation of environmental norms by Maharashtra State Power Generation Co. Ltd., Mumbai, Chandrapur Super Thermal Power Station (CSTPS), Chandrapur and Western Coalfields Limited, Chandrapur. It was stated that the emissions are beyond the norms prescribed under clause 25 of Schedule-I to the Environment (Protection) Rules, 1986. It was further averred that there is also non-compliance of Notification dated 25.01.2016 issued by the MoEF&CC requiring fly ash disposal by 31.12.2017. There are also allegations of water and air pollution in the operation of the said power plants. The writ petition was filed before the High Court on 05.10.2017 to which response was filed by the State PCB as well as by the power plants denying the violation of environmental norms and also raising an objection that the matter should be transferred to this Tribunal. Accordingly, vide order dated 29.01.2020, a Division Bench of the High Court transferred the matter to the Tribunal. The matter was considered on 29.10.2020. The Tribunal directed filing of latest status of compliance of environmental norms by the PP in question – CSTPS, by a joint Committee of CPCB and State PCB.

The National Company Law Appellate Tribunal, Pune Bench, considered the facts, arguments, and placed reliance on several precedents, and held that it is seen from the latest report of inspection conducted on 6.1.2021 by joint Committee of statutory regulators, which is not in any manner rebutted by the CSTPS except for simple self serving denial, that concentration of sulphur di-oxide and PM in the stacks and some of the units inspected exceeds the laid down parameters. CSTPS is using coal having higher sulphur content than allowed as per consent terms. It was noted that the installation of flue gas desulphurization (FGD) is still pending. It was also observed that the run off water from reject coal storage area is not properly treated. Additionally, it was noted that discharge of ash slurry is seen during the pipeline maintenance. Ambient air quality is exceeding in all the three monitoring locations. Dust emission has not been remedied. 100% of fly ash utilization has not been achieved in terms of consent conditions. Fly ash has been dumped in bund, causing pollution in violation of provision of Air (Prevention and Control of Pollution) Act, 1981 and the standards laid down under the Environment (Protection) Act, 1986. The Tribunal held that accountability for such violations needs to be fixed and remedial action taken to prevent continuing pollution, in violation of law. It also directed that health impact of air pollution in the area needs to be studied and remedied. Similarly, it held that impact of water pollution also needs to be studied and remedied.

It was emphasized that the Principle of Sustainable Development includes Precautionary Principle and Polluter Pays Principle. The said principles are part of right to life under the Constitution and also statutory mandate under Section 20 of the National Green Tribunal Act, 2010. This requires direction to close the polluting activity till there are arrangements to prevent pollution and to make the polluter accountable. It may be noted that violation of laid down environmental norms is offence not only under the environmental law statutes, failing to take steps also amounts to an offence under Section 3 of the Prevention of Money Laundering Act, 2002 as it amounts to using the proceeds of crime by running activity in violation of environmental law, which find mention in Schedule to the said Act. Thus, it was held tht the violations cannot be ignored, much less where the polluting activity is by a public sector undertaking. Accordingly, in view of clear violation of the air quality and other norms, the Tribunal saw it fit to direct the PP to deposit interim compensation of 5 Crores within one month and take remedial measures within three months, to be overseen by the joint Committee. The joint Committee was directed to get a health impact assessment done, as well as file a report of compliance status.