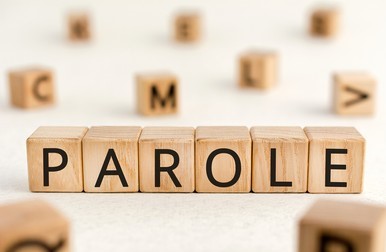 In the High Court of Punjab and Haryana at Chandigarh, this judgement was given by Honorable Mr Justice Jaswant Singh and Honorable Mr. Justice Sant Parkash on the 20th of September  2021 in the case of Yogesh @ Bittu and Anr. Versus the State of Haryana and others [Criminal Writ Petition-8781-2021] Mr. R.S. Dhull represented as the advocate for the petitioner, and Mr. Vivek Saini, Addl. A.G represented the state of Haryana, the proceedings of the court were held via video conference.

The case relates to the facts wherein the petitioners were convicted and sentenced to life imprisonment under Section 148 of the Indian Penal Code, “Rioting, armed with deadly weapon”, Section 149 “Every member of unlawful assembly guilty of offence commit­ted in prosecution of common object”, Section 302, “Punishment for murder”, Section 364, “Kidnapping or abducting in order to murder”, Section 201, “Causing disappearance of evidence of offence, or giving false information to screen offender”, Section 216 IPC, “ Harbouring offender who has escaped from custody or whose apprehension has been ordered” and Section 25 of the Arms Act, “Punishment for certain offences whoever manufactures, sells, transfers, converts, repairs, tests or proves, or exposes or offers for sale or transfer, or has in his possession for sale, transfer, conversion, repair, test or proof, any arms or ammunition in contravention of section 5” In the FIR no. 83 on the 28th of February 2015 in Police Station Sadar Bahadurgarh, in the District of Jhajjar.

The counsel representing the petitioners submitted that the petitioners were granted emergency parole for one week by the Superintendent District Jail, Jhajjar, till the 15th of September 2021 as their father passed away due to cancer and they were required to perform rituals and last rites of their father. The same parole was extended vide an order passed by this court till 21st September 2021. However now there is certain ceremony called chamai which is supposed to be held on the 27th September 2021 and as the petitioners are his sons their presence is mandatory.

The petitioner further submitted an application along with a panchayat report which states that extension of parole has already been moved before the Superintendent District Jail, but no decision has been undertaken. Therefore, this prayer has been made.

The counsel representing the state of Haryana filed an affidavit regarding the verification of the report and held that only the terahvi ceremony was performed and not the chamai ceremony. The counsel further held that during special parole that was granted because of Covid-19 the petitioners were arrested in another FIR no. 257 under Section 506, 34 IPC & 25/54/59 of Arms Act, Police Station Sadar Bahadurgarh and lodged in jail. Therefore, prays for dismissal of the instant petition.

The Honourable Court held that, “In view of the above, the temporary parole already granted to the petitioners by respondent No.4 on 06.09.2021 and extended by this Court vide order dated 14.09.2021, is further extended upto 30.09.2021, enabling them to perform “chamai ceremony, which is fixed for 27.09.2021, on previous bail bonds already furnished. The petitioners are directed to surrender before the Jail authorities on 01.10.2021 before 12:00 Noon.”