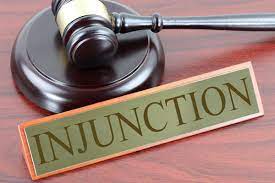 When there was no error apparent on the face of the record, The District Judge, was justified in rejecting the review application. A single Judge bench comprising Hon’ble Justice Manoj Kumar Tiwari, in the matter of Kanti Devi Vs. Manish Singh and Another (WRIT PETITION (M/S) NO. 439 OF 2012) and Smt. Manisha Singh & another Vs. Smt. Kanti Devi (WRIT PETITION (M/S) NO. 255 OF 2012), dealt with an issue where Smt. Kanti Devi filed a suit for injunction in the court of Civil Judge (S.D.), Dehradun.

In the present case, she had also filed an application seeking temporary injunction, which was rejected by learned trial court. Against such rejection she filed miscellaneous appeal under Order 43(1)(r) of C.P.C. Such appeal was partly allowed by the District Judge.

The court observed that – “District Judge has considered all the relevant factors, namely, prima facie case, balance of convenience & irreparable injury and has partly allowed the appeal filed by Smt. Kanti Devi. Thus, there is no scope for interference with the judgment dated 20.01.2012.” the court also stated that since grant of temporary injunction is discretionary, the court could not find sufficient reason to interfere with the discretion exercised by District Judge in favour of the plaintiff. Thereby the court dismissed WPMS No. 255 of 2012.

The court also observed that – “Since there was no error apparent on the face of the record, therefore, learned District Judge, was justified in rejecting the review application.” Thereby the court dismissed WPMS No. 439 of 2012 as well.