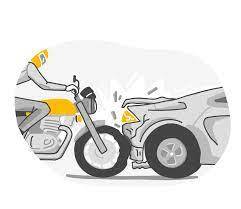 The issue in the present case is ‘whether the Tribunal has committed an error in directing the appellant/Insurance Company to pay compensation of Rs.50,000/- towards NFL under Section 140 of the Motor Vehicles Act, 1988’.

The appellant submitted that the Tribunal has committed an error in granting the compensation towards NFL. It is submitted that the nature of the insurance policy was ‘Act only policy’, and therefore, the pillion rider is not covered. The Tribunal could not have granted compensation towards NFL to the legal representatives of the pillion rider, he being not a third party.

It is the case of the claimant before the Tribunal that on 20/02/2005 at about 7.30p.m that the deceased was going with the respondent as a pillion rider. The Respondent while driving the vehicle in a rash and negligent manner, lost his control and the vehicle jumped after striking to stone resulting in the falling of a pillion rider who received serious injuries and died on the spot.

The legal representatives of the deceased filed a claim petition u/s-166 of the  Motor Vehicle Act 1988 claiming compensation of Rs.3,00,000/- with an application for interim compensation of Rs.50,000/- towards NFL. The learned Tribunal on the basis of prima facie material before it allowed the application and directed the appellant/Insurance Company and the owner to pay jointly and severally Rs.50,000/- to respondent with interest at the rate of 7% per annum from the date of application till realization.

It was brought to the court’s attention that document in the compilation of the memo of appeal, which is purported to be a document prepared from the cover note of the policy and submitted that the policy was ‘Act only policy’. Hence the deceased being the pillion rider, the liability of the Insurance Company does not arise.

The court observed that on a bare perusal of document of policy i.e. cover note which is placed on the record of the Tribunal at page No.46 and the document which is filed by the appellant in the compilation of this Court, it appears that these documents do not tally with each other.

The document of policy at page No.46 of the Tribunal’s record does not show that it is an ‘Act only policy’. Secondly, it being a cover note, the terms and conditions of the contract of insurance are not deducible from this document and, therefore, at the stage of interim application, no findings can be recorded that the appellant/Insurance Company is not liable to pay compensation, considering the nature of the policy. A contentious and disputable issue with regard to the nature, terms, and conditions of the policy is to be decided by the Tribunal. The learned Tribunal decided the application under Section 140 of the Motor Vehicles Act, 1988 on the basis of prima facie material on record. The document i.e. cover note on page No.46 in the Tribunal record, does not indicate that the policy is ‘Act only policy’. What is decided by the Tribunal is based on this document. Furthermore, even if, at all at the end of the Trial, it is held that the Insurance Company is not liable for want of coverage in the insurance policy, the Insurance Company would not be left with no remedy. The Insurance Company can very well recover the said amount under the provisions of law