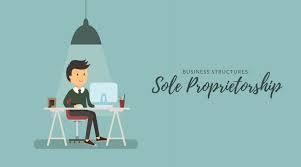 A sole proprietor is a person who is a sole owner of a business and who runs that business by itself. Being the sole owner can, on one hand, be easier to operate as the owner gets to be the sole decision-maker of the business but on the other hand, it also means that the owner is the only risk bearer and thereby any liability occurring out of that business is his liability.

What Happens After the Death of a Sole Proprietor?

As per the Indian Succession act, after the death of the sole Proprietor, his/her legal heirs do not automatically start to inherit the old business of the deceased, but they only get to inherit the assets. Where the sole proprietor had made a will, the executor /administrator will follow the will and accordingly deal with the assets and debts.  However, when there is no will, the assets will either be sold to any of the family members, upon the wish of the beneficiary or executor/administrator. In case a beneficiary buys the business of the sole proprietor, then he may either choose to continue the business with the assets under his name or he might also sell the business to any of the family members or might elect some other person to operate it or might even choose a partner for running the same.

In a case where there are any debts in the business, the executor/administrator will have to liquidate all assets of the business and settle such debt. The effect of the death of the sole proprietor is that the business cannot run and exist after the death of the owner. Hence after the death of the owner either the business must be wound up completely or transferred to any other person or should be dissolved as per the will of the deceased. In the case of Commissioner of C. Ex. Vs. Shree Ambica steel industries, “late Smt. Bimla Rani was the proprietor of the respondent-firm M/s. Shree Ambica Steel Industries. After her death, the legal heir applied for cancellation of Excise registration in the name of the firm, and the registration was admittedly canceled by the Department in October 2006. It was held that since sole Proprietorship has to separate legal identity from that of the owner, hence after her death the company ceased to exist. Also, the notice issued against such a firm by Ambica Steel Industries, Mandi Gobindgarh was considered a bad law as it was against a non-existing Firm. This circumstance in itself is sufficient to dismiss the appeal filed by the Department”.

Under Indian law, the legal heirs of the deceased have the option of winding up the business after filling GST and Tax under section 29(1) and section 93(1)(b) of CGST Act, 2017.

This often happens that for recovery of loan and debts of the deceased person, his/her legal heirs are approached first. But it is very important to know that till what extent are the legal heirs obligated to settle such debt. Before getting to that question, it is also essential to know the kinds of loans the borrower might have taken. The loan can be of two types secured and unsecured. When a loan is taken and it is secured by any asset/ or by any co-obligation/or guarantor, then such loan is called a secured loan. In a secured loan the lender of the loan can recover it from the assets attached or from the guarantor or co-obligation.

Whereas in the case of an unsecured loan, no collateral is attached, and therefore at the time of recovery the lender has no option to seize any property for recovery. Where a sole proprietor has taken an unsecured loan and dies before settling that debt, the first move that the lender makes is towards his legal heirs. But that debt has no successor and the legal heirs are not liable to settle such debt. However, if the legal heir of the deceased has inherited any assets/value after the death of the deceased, then they are liable to pay the lender to the extent they have inherited. Personal Loans, credit card bills, etc are all covered under unsecured loans.

The term ‘Borrower’ has been defined under section 2(f) which is read with section 13(2) and it states that a person can be called a borrower when he /she has got financial assistance from any financial institution or bank or a person who has provided any guarantee or has created any mortgage or pledge to be given as security for the loan or final assistance granted to him. Even the definition of the borrower does not extend to include in any liability of the legal representatives against such financial assistance provided to the original borrower. It is clear from the definition of Borrower that the liability to repay such loan arises only on the part of the person who availed such assistance or from any guarantor to that loan and, nowhere it includes the legal heirs, legal representatives, or successors of the borrower.

The relation between the borrower and the bank / Financial institution is based on a contract and as per section 37 of the Indian Contract Act, parties need to fulfill their respective liabilities. Hence unless there is a contract to the contrary, any promise made in the contract is binding on the representatives of the promisor as well, in case of his/her death. In other words, the legal representatives are liable to repay the debts of the predecessor to the extent they have inherited the deceased’s property.

Similarly, unless there is a contractual obligation on the part of legal heirs of the deceased, they are not completely liable to settle the unsecured debts of the deceased Sole Proprietor. Their liability only lies to the extent they have inherited assets from that proprietorship, after the death of the sole proprietor.