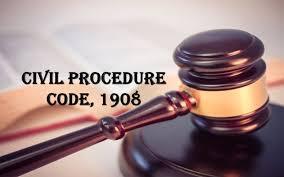 In a proceeding of rejection of the plaint under Order 7 Rule -11 (d) of CPC, the supreme court held that the plaintiff cannot amend the plaint. It was also observed that cases falling under the ambit of clauses (b) and (c) are covered under the proviso to  Rule 11  and have no application under Order 7 Rule 11(d). A division comprising of Justices DY Chandrachud and MR Shah adjudicating the matter of Sayyed Ayaz Ali vs. Prakash G Goyal [CA 2401-2402 of 2021] dealt with the issue of whether to grant the present appeal or not and disregard the judgment passed by the High Court.

In the present case, an appeal has been preferred arising from the judgment passed by a Single Judge at Nagpur bench of the High Court of Bombay. The plaintiff in the previous suit is the Appellant in the present suit. The appeal is preferred against the judgment passed in favor of the first respondent who filed for rejection of the plaint on the ground that it was barred under clauses (b) and (d) of Order-7 Rule -11 of Code of Civil Procedure 1908 “CPC”. The appellant of the present case was directed to seek proper relief and pay the court fee thereon within 15 days, otherwise, appropriate order will be passed. This order of the Trial Judge, insofar as it permitted the appellant to carry out an amendment for seeking appropriate reliefs was assailed before the High Court in a Civil Revision Application. The appellant instituted a Writ Petition1 under Article 227 of the Constitution for challenging the order of the Trial Judge allowing the application under Order 7 Rule 11 of the CPC. The High Court decided both the civil revision application and the writ petition by a common judgment. The Single Judge held that since the plaint was rejected under Order 7 Rule 11(d) there was no occasion to direct that an amendment be made to the plaint. Civil revision was allowed on this basis. The writ petition filed by the appellant was held to be an “afterthought and belated” and no relief was granted to the appellant in the writ proceedings. That is how the proceedings have reached this Court. The appellant is essentially aggrieved by the decision of the Trial Court and the High Court to allow the application under Order 7 Rule 11(d) of the CPC.

The Appellant contended that the High Court had erroneously upheld the finds of the Trial Court under Order 7 Rule 11 of the CPC had to be allowed. Under Order 7 Rule 11(d), a plaint shall be rejected “where the suit appears from the statements in the plaint to be barred by any law”. The appellant has sought a declaration against the third, fourth and fifth defendants regarding their act of entering upon the property on 24 November 2012 and interfering with the plaintiff’s peaceful possession. An injunction has been sought against all the defendants restraining them from interfering with the plaintiff’s peaceful possession over the suit property. the suit has been instituted to protect the possession of the plaintiff simpliciter without claiming a declaration of title. Seeking a declaration of title is, according to the submission, not mandatory: what the proviso to Section 34 provides is that seeking a mere declaration of the title without seeking further relief is impermissible. On these grounds, it is urged that the suit could not be held to be barred by Section 34 of the Specific Relief Act. Learned counsel urged that whether the suit would be maintainable in the absence of the plaintiff-appellant seeking a declaration of title is a distinct question, but it cannot be held to be barred by any law within the meaning of Order 7 Rule 11(d).

The Respondents contended that the writ petition was not maintainable on the ground that against the rejection of the plaint, the remedy of the appellant was to file a regular first appeal since an order of rejection operates as a decree. It has been urged that the appellant, after having complied with the order of the Trial Court, deliberately filed a writ petition, instead of an appeal, to avoid the issue of limitation in filing an appeal. Also, it was submitted that availability of a remedy of the first appeal under Section 96 of the CPC would not ipso facto bar recourse to the writ jurisdiction

The court held that the proviso of Order7 Rule 11 deals with the situation where time has been fixed by the court for correction of valuation or for supplying requisite stamp paper.” Under the proviso, the time so fixed shall not be extended unless the court, for reasons to be recorded, is satisfied that the plaintiff was prevented by a cause of an exceptional nature from complying within the time fixed by the court and that a refusal to extend time would cause grave injustice to the plaintiff. The proviso evidently covers the cases falling within the ambit of clauses (b) and (c) and has no application to a rejection of a plaint under Order 7 Rule 11(d). In the circumstances, 14 the High Court was justified in concluding that the further direction that was issued by the Trial Judge was not in consonance with law.” Also it was held that ” the dismissal of the writ petition has been upheld on the ground that the order rejecting the plant operates as a decree within the meaning of Section 2(2) of the CPC, the appellant is at liberty to take recourse to the remedy against the rejection of the plaint as prescribed by the CPC.”