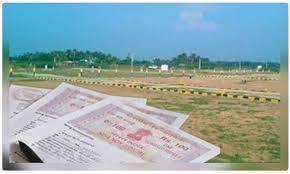 The mode of proving a Will does not ordinarily differ from that of proving any other document except as to the special requirement of attestation prescribed in the case of a Will by Section 63 of the Indian Succession Act, 1925 read with Section 68 of the Indian Evidence Act, 1872. A single-judge bench comprising of Justice Sanjay K. Agrawal adjudicating in the matter of Digambar v. Maheshwari And Ors. (Second Appeal No.513 of 2014) dealt with the issue of whether to grant the second appeal of the Appellant.

In the present case, the Appellant has preferred a second appeal on the substantial question of law that,” Whether, the first appellate Court rightly reverse the well-reasoned finding of the Trial Court on the basis of Section 58 of the Evidence Act, in which plaintiff admitted that property is self-earned property of Sewak Singh and also admitted the execution of will?”

The suit property is of total area of 8.05 acres and was held by Sevak Singh. Sevak Singh had a son Digambar, Daughter Pushpa, and Son-in-law Deepak Singh. Sevak Singh had 24.30 acres of land out of which he sold 8.29 acres during his lifetime and 16.01 acres remained. He made a Will in favor of his son Digambar on 3-1-1977 and died thereafter. Digambar became the owner of 16.01 acres of land by virtue of will but Deepak Singh (son-in-law) and Digambar had half and a half share in the suit property. But only 8.05 acres of land has been given to Deepak Singh and only remained in possession and 7 acres has already been alienated by Digambar. Taking advantage of the helplessness of the plaintiffs, defendant No.1 is trying to dispossess them over the suit land by harvesting the crop. It was also said that Sevak Singh could not have executed Will in favour of defendant No.1 and plaintiffs No.1 to 3 are entitled to half share in the property i.e. 8.05 acres, though plaintiff No.4 has been joined as a party, she does not want to take any share in the property.

Defendant stated that the suit land has been bequeathed by Sevak Singh in his favour by Will dated 3-1-1977 and as such, there is no partition between Deepak Singh and defendant , and no such share has been given to the plaintiffs and therefore the plaintiff’s suit deserves to be dismissed. It was claimed that the suit land by way of Will dated 3-1-1977 allegedly executed by Sevak Singh in his favour, but the said Will was never produced and proved by defendant No.1 in accordance with Section 63(c) of the Indian Succession Act, 1925 read with Section 68 of the Indian Evidence Act, 1872, during the course of trial.

The Defendant (Appellant in the present case) submits that the first appellate Court has clearly erred in holding that the plaintiffs are entitled to decree of 8.05 acres and further erred in holding that defendant No.1 had already alienated 7 acres of land which fell in his share and remaining 8.05 acres fell in the share of Deepak Singh which the plaintiffs are entitled, as such, the impugned judgment & decree deserve to be set aside and the instant second appeal deserves to be allowed.

The Plaintiffs (Respondent in the Present case) submitted that it was rightly held that the Will allegedly executed by Sevak Singh in favour of the defendant was never produced and proved in accordance with Section 63(c) of the Indian Succession Act, 1925 read with Section 68 of the Indian Evidence Act, 1872. Even if the plaintiffs have made averment with regard to making of Will, but they have never admitted due execution and attestation of Will in accordance with law, therefore, the trial Court has clearly erred in holding that admitted facts need not be proved. The plaintiffs have never admitted execution and attestation of Will by Sevak Singh, rather Sevak Singh had no right to make Will of the entire 16.01 acres of land in favour of defendant. Since defendant No.1 had already alienated 7 acres of land which has fallen in his share and which he had already admitted in his evidence, the first appellate Court is right in holding that the plaintiffs are entitled for 8.05 acres of land, as such, the second appeal preferred by defendant deserves to be dismissed.

The court held that,” it is quite vivid that defendant No.1 was required to produce the original Will and ought to have proved the same in accordance with Section 63(c) of the Indian Succession Act, 1925 read with Section 68 of the Indian Evidence Act, 1872, as the plaintiffs have only admitted about making of Will and mere admission about making of Will does not amount to due execution and attestation of Will. Therefore, the first appellate Court is absolutely justified in holding that the Will was required to be proved in accordance with the law which defendant No.1 apparently and miserably failed to produce and prove the same, as such, the finding of the first appellate Court in that regard holding that in absence of production of Will and its proof, due execution and attestation of Will is not proved, deserves to be and is hereby accepted and is hereby affirmed.”