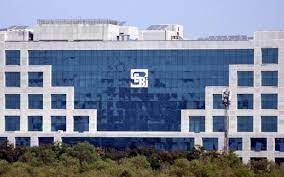 The appellate authority under the RTI (Right to Information) Act of the Securities and Exchange Board of India comprising of Mr. Anand Baiwar adjudicated in the matter of Anita Devi v CPIO, SEBI, Mumbai (Appeal No. 4288 of 2021) dealt with an issue in connection with Section 19 (1) of the Right to Information Act.

The appellant, Ms Anita Devi had filed an application under the Right to Information Act, 2005, on the 24th of February, 2021 which SEBI received on the 2nd of March, 2021. On the 26th of March, 2021, the respondent responded to the application that was filed by the appellant. After receiving a letter from the respondent on 26th of March, 2021 on her application, the appellate deicide to file an appeal which was received by the Office of Appellate Authority on June 01, 2021. In her application on the 2nd of March, 2021, the appellate was seeking the following information regarding action taken by SEBI on her complaint filed on 18th of July, 2017 and reminder dated 7th of December, 2019 pertaining to her unpaid claim against Folio No. 544….51 of the company of LIC Nomura M.F. Ltd.

The respondent replied to the application made by the appellant informing her about the SCORES portal where her complaint was taken up and also disposed on the basis of the information and records available including submissions of Mutual Fund/Asset Management Company (AMC) etc. In addition, while attaching the enclosed copy of the reply (dated 11th of September, 2017) which was provided by the Asset Management Company, they also advised Ms. Devi to track and view the complete history of the compliant on the portal of SCORES.

While citing the following cases, the appellant authority, Mr Anand Baiwar noted that in the case of Sh. Triveni Prasad Bahuguna vs. LIC of India, Lucknow (Decision dated September 6, 2012), held: “The Appellant is informed that … redressal of grievance does not fall within the ambit of the RTI Act rather it is up to the Appellant to approach the correct grievance redressal forum…”. Further, in the matter of Ravindra Mamgain vs. CPIO (Decision dated May 28, 2021), the Hon’ble CIC held that “Further, the issue raised by the Appellant regarding the ……is a matter of grievance which cannot be adjudicated as far as mandate of RTI Act is concerned.” Further, in the matter of Shri Matloob Ahmed vs. Delhi Police, East District (Decision dated January 11, 2013), the Hon’ble CIC held: “The RTI Act cannot be used to make the respondent to do certain things or to take certain action.” In view of these observations, the appellate authority found that if the appellant has any grievance, the remedy for the same would not lie under the provisions of the Right to Information Act, 2005.

On the basis of the above made observations, the appellate authority dismissed the case and chose not to intervene or interfere in the decision of the respondent.