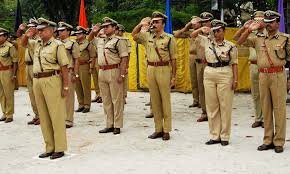 “The High Court did not commit any error in construing the Rules in the manner as was construed by the High Court. We endorse the view of the High Court interpreting the Punjab Police Rules, 1934.” This auspicious judgment was passed by the Supreme Court of India in the matter of Suresh Kumar v. State of Haryana & Ors. [CIVIL APPEAL NO.1076 of 2021] by Justice Ashok Bhushan.

The factual data of this case states that- three appeals were filed against the judgment of Punjab & Haryana high court dismissing the writ petition which upheld the promotion orders of all the respondent Nos.4 to 34 as Inspector in the Haryana Police. The appointment and promotion in the Police Force of the State of Haryana were governed by Punjab Police Rules, 1934. In the State of Haryana prior to 2001, 100% of posts of Sub-Inspectors of Police used to be filled by way of promotion. The writ petition was contested both by the State as well as by the private respondents. It was pleaded on behalf of the State that the eligibility for promotion from the post of Sub-Inspector to Inspector is eight years’ service of which five years’ service should be as Sub-Inspector, none of the writs petitioners had to their credit eight years’ service hence they being not eligible were promoted.

This Court has laid down time and again that “while construing statutory Rules such construction should be adopted which may give effect to the intention or object of the Rule and no such interpretation be put which may make the Rule ineffective. We may refer to the judgment of this Court in the State of Gujarat and Another vs. Justice R.A. Mehta (Retired) and Others, (2013) 3 SCC 1, where this Court laid down following in paragraphs 96, 97 and 98.”

The court dismissed the appeal stating that “The principle of construction of statutory Rules as laid down above would apply to the interpretation of
Punjab Police Rules, 1934. We are of the opinion that the High Court did not commit any error in construing the Rules in the manner as was construed by the High Court. We endorse the view of the High Court interpreting the Punjab Police Rules, 1934. Chapter XIII of the Rules have to be conjointly and harmoniously construed and when we construe Rules 13.1, 13.14, and 13.15, we do not find any error in the State promoting the Sub-Inspectors to Inspectors who have eight years’ approved service to their credit, at least29 five years being as Sub-Inspectors. Thus, the High Court has rightly upheld the promotion orders of private respondents. No ground is made out to interfere with the judgment of the High Court in these appeals.”