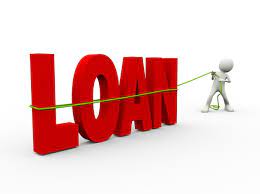 The petitioner cannot be given any undue advantage of the fact that he/she tried all possible ways to repay the loan amount and it amounts to maliciously and unnecessarily engaging in vexatious litigation without there being any legal basis to do so. This remarkable judgment was given by the Hon’ble Mr. Justice Mohit Kumar Shah, in the case of M/s Naturals Dairy (P) Ltd. A Company, Mr. Sanjay Singh and others versus The Bank of Baroda A Banking Company, Mr.Vivek Prasad, and others [Civil Writ Jurisdiction Case No.5858 of 2020].

The court observed that “The loan account of the petitioner was classified as non-performing assets as back as in the month of December 2010, proceedings were initiated under Section 13(2) of the SARFAESI Act, 2002 and a notice dated 03.01.2011 was issued thereafter, however the same was challenged by the petitioner in CWJC No. 569 of 2011, whereupon interim protection was granted to the petitioner vide order dated 14.01.2011.”

The court further contended that “I have heard the learned counsel for the parties and gone through the materials available on record. This Court finds from the records of the present case that the petitioner has not only defaulted in honoring its One-time Settlement Proposal but has also failed to honor the terms and conditions of the letter of the respondent Bank dated 24.09.2019, whereby and whereunder the compromise proposal had been sanctioned by the Respondent-Bank for the petitioner, inasmuch as it has not only failed to deposit the aforesaid sum of Rs. 240 lacs in one lump-sum but has also failed to deposit the same on or before 30.09.2019 and instead has deposited the said sum of Rs. 240 lacs only by 30.12.2019, hence I find that the Respondent-Bank has rightly charged interest, as agreed, on the balance compromise amount, not paid on or before 30.09.2019. This Court further finds that the petitioner has been a perpetual defaulter and has left no stone unturned to evade making payment of the outstanding dues of the Respondent-Bank and now when the Compromise Proposal has been sanctioned by the Respondent-Bank vide letter dated 24.09.2019 in terms of the proposal submitted by the petitioner vide its letter dated 29.08.2019, it is still maliciously and unnecessarily engaging in vexatious litigation without there being any legal basis to do so.”