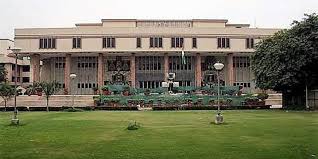 In case of doubt regarding non-existence of arbitration agreement, the Court has to refer the matter to Arbitration. Further, the court was of the opinion that there must be some prima-face case of non-existence of valid arbitration agreement to not refer a dispute to arbitration. The Delhi High Court presided over by J. J. Nath laid down this ratio in the case of Knowledge Podium System Pvt. Ltd. Vs. S M Professional Services Pvt. Ltd., [CS(COMM) 377/2020].

The brief facts of the case are that the defendant leased a property to the plaintiff on certain conditions and the plaintiff further deposited an interest-free refundable deposit of Rs. 1,90,14,720. Another fresh agreement was arrived between the parties regarding the use and occupation of the premises and maintenance with effect from April 2018. But later it became commercially unviable for the Plaintiff to retain the premises rented and hence began negotiations with the defendant to reduce the rent. However, even before a formal termination of the agreement between the parties or giving a chance to the Plaintiff to remove his movables, the defendant took possession of the premises.

The Court in this case observed that it could not be prima-facie be stated that the new contract entirely superseded the old registered lease deed between the parties. The Court further was of the opinion that the matter would require deep consideration, therefore the court allowed the arbitration application under Section 8 of the Act.

The court further observed that, “A novation takes place only when there is a complete substitution of a new contract in place of the old. Do the facts of the present case warrant a conclusion that there was a novation of contract? I may first see the scope of Section 8 of the Arbitration Act.”

The court also relied on the landmark judgment of Vidya Drolia & Ors. vs. Durga Trading Corporation, and stated that, “But when in doubt, the court has to refer the matter to arbitration. The court should refer the matter if the validity of the arbitration agreement cannot be determined on a prima facie basis.”