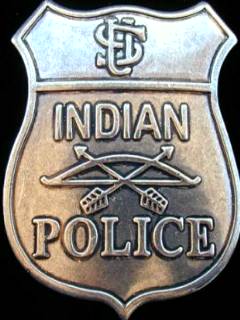 The surveillance done by police authorities in not unrestricted and such surveillance that does not hold the authority of law is unconstitutional as far as it violates a person’s right to liberty. This was decided by the High Court of Teleganga in the case of Thumkunta Madhava Reddy v State of Telengana and Ors.[Writ Petition No.18726 of 2020] by single judge bench consisting of Hon’ble Justice P.Naveen Rao.

The facts of the case are that the respondents, who are the police in the case, had filed a rowdy sheet against the petitioner on account of his involvement in multiple criminal cases. This called for police surveillance at all times of the day. The petitioner is aggrieved by the act of sending police men to his home every midnight intruding his private space and causing him mental disturbance. This petition was filed to call this act as unconstitutional and direct the police to minimize their surveillance. It must be noted that in the case at hand, a rowdy sheet was opened which allowed the authorities to prevent crime for which surveillance was necessary.

The high court referred to a case with similar facts being that of Mohammed Quadeer and others v. Commissioner of Police, Hyderabad and another [1999 (3) ALD 60] where it was held “opening of rowdy sheet against a citizen is undoubtedly fraught with serious consequences. Article 21 of the constitution of India guarantees right to life with dignity and the right to reputation. Right to reputation is an integral part of right to life guaranteed by Article 21, and such a right cannot be deprived except in accordance with the procedure established by law”.

The court stated that in enforcing the law they shall not violate the supreme law of the nation.. The police are charged with responsibility of controlling crime. Control of crime necessarily involves prevention of crime for which it is permissible for the police to keep the ‘trouble maker’ under a watch. But surveillance of a person that is contrary to law used as a legal method against the constitution is arbitrary and illegal.

Another case highlighted by the court with respect to the extent of police surveillance was Sunkara Satyanarayana v. State of Andhra Pradesh, Home Department and Ord. [1999 (6) ALT 249] where it was held that “surveillance by the police makes very serious inroads into the life of a person. It even grossly violates the  right of persons to privacy. Obtrusive surveillance does not leave a citizen alone and the person can never have mental peace and thus his life and liberty at every movement would be restricted”.

The court went on to observe that the petitioner does not have objection in day time surveillance but is disturbed when the police intrudes his personal space at late hours. The court thus directed the officers to confine the surveillance to barest minimum and warranted visiting the residence of the petitioner only during the course of the day in such a manner that is not excessively intrusive.