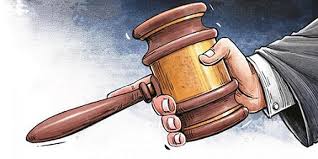 If any person is found disrespecting or not following the court’s order, it will amount to Contempt only if it is done intentionally. Supreme Court gave these reasons for the judgment in the case of Rama Narang vs. Ramesh Narang & others [Contempt Petition (Civil) No. 92 of 2008, 148 of 2003][Civil Appeal No. 366 OF 1998] by the bench consisting of Hon’ble Justice AM Khanwilkar and Justice BR Gavai.

In the above-cited case, a family dispute had arisen in 2008 between a father and his two sons, for which a contempt petition had been filed. The other party had alleged that the opposition tried to overreach the order of the Supreme Court and had gone to Company Law Tribunal for an interim order. They also contended that invoking the orders of the Supreme Court itself amounts to Contempt.

Observing the arguments, the SC bench noted that any such action in which the person takes in pursuance of his right to take legal action in a court of law will not amount to interference in the course of justice and it was stated that any party is free to take action to enforce its rights. Referring to the case of Hrishikesh Sanyal vs. A.P. Bagchi and Radhey Lal vs. Niranjan Nath, the bench stated that “A person does not commit contempt of court if, during the pendency of certain proceedings, he takes recourse to other judicial proceedings open to him, even though the latter proceedings put the other party at a loss”

Judgment was finally explained that only wilful disobedience of any judgment, decree, direction, order, writ, or another process of the Court would amount to contempt. While observing the situation, the court explained how it is possible to examine whether the person should be punished for contempt or not and therefore stated that “If from the circumstances of a particular case, though the Court is satisfied that there has been a disobedience but such disobedience is the result of some compelling circumstances, under which it is not possible for the contemnor to comply with the same, the Court may not punish the alleged contemnor.”

SC Bench noted that contempt of court is quasi-criminal in nature and the proof required is similar to that with other criminal cases. The benefit of the doubt and the other safeguards/rights will definitely be provided to the contemnor exactly the way they are being provided for the other criminal offences. And therefore, Apex Court took the decision while dismissing the contempt petition that a case of wilful, deliberate, and intentional disobedience of any of the directions given by the Court or acting in breach of an undertaking given to the Court will not be made out.