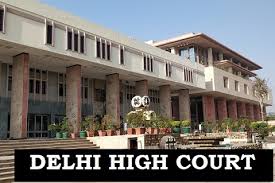 The Registrar of the NCLT being in the administrative capacity cannot decide on the jurisdiction of NCLT in hearing a case based on the pecuniary threshold. The issue has arisen after the 24th March 2020, Notification in which the pecuniary threshold under the Insolvency & Bankruptcy Code, 2016, was increased from Rs. 1 Lakh to Rs. 1 crore. The Delhi High Court presided over by J. P.M. Singh, laid down this ratio in the case of Skilltech Services Pvt. Ltd. Vs. Registrar, NCLT, New Delhi & Anr., [W.P. (C) 474/2021].

The Petitioner in this case had filed a petition under this court stating that he had filed a Section 9 petition under IBC, before the appropriate bench of the NCLT. It was the petitioner’s grievance that the Registrar of the NCLT did not list the matter before the appropriate bench on the ground that the threshold of the pecuniary jurisdiction of the NCLT had been increased from Rs. 1 lakh to Rs. 1 crore.

The Counsel for the Petitioner submitted that the appropriate NCLT bench has the power and jurisdiction under the IBC to decide upon the pecuniary threshold of a case and the same could not be decided by the Registrar. Further reference was made to the NCLT Kochi order where it was stated that if disputes had arisen prior to the outbreak of the Covid-19 pandemic, the notification would not apply as this would not be made applicable retrospectively.

The Court further added that, “The question as to whether the notification dated 24th March, 2020 applies to a particular petition that has been filed prior to the said notification or not is also a question to be determined by the Bench of the NCLT and not by the Registrar of the Tribunal.”