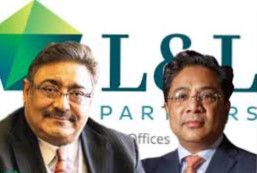 Termination of the Senior Partner of Luthra and Luthra Law Offices from the firm’s partnership stayed. The above termination was stayed by the Court till the conclusion of the prospective Arbitration proceedings. The Delhi High Court presided over by J. V.K. Rao laid down this ratio in the case of Mohit Saraf Vs. Rajiv K Luthra, [O.M.P. (I) (COMM) 339/2020].

The brief facts of this case are that Saraf approached this court in October 2019 where he was removed from the partnership of the firm by Luthra. In his petition under Section 9 of the Arbitration Act he claimed restoration of his status as a partner in the said firm. The Court ordered the parties to settle the dispute amicably through mediation. The Mediation talks failed to show any progress. Saraf further argued that his ouster from the law firm was illegal as there was no master-servant relationship between them. Saraf defending the acceptance to the letter of Luthra which stated his intention to leave the firm stated that Luthra’s intention to leave the firm and take the “golden handshake” was visible from the series of letters written by him.

Rajiv Luthra on the other hand argued that he had special rights to oust Mohit Saraf from the firm and that the partnership firm was like an “unequal marriage” where he has certain special rights.

The High Court on the issue of Partnership was of the opinion that, “I agree with the submission of learned Counsels for the petitioner that partners in the firm stand on equal footing. One partner acts as an agent of the other(s). Together they constitute a firm. The partnership per se is not a distinct legal entity.”

The Court on the issue of removal of Saraf from the firm looked into the partnership deed and stated that, “When the later part of Clause 7A contemplates approval of respondent/RKL and petitioner/MS in the decision-making process, then earlier part of Clause 7A cannot be construed to mean the power of the respondent/RKL to terminate petitioner/MS. I also note, as per Clause 10B, power vests with both the petitioner and the respondent to take decision with regard amalgamation, merger, collaboration and buy-out of the firm by third parties. This clause appears to be at variance with the initial limb of Clause 7A.

The Court also agreed to the fact that Saraf’s termination from the partnership firm was not in good faith and further noted that, “The plea of the Counsels for the respondent that even if there is no explicit power, there is an implied power to terminate the partnership of the petitioner is also not appealing. Firstly, the statute i.e., the Partnership Act do not contemplate termination of a partner. Such a provision can neither expressly nor impliedly be read in the statute nor in the Deed. What is contemplated under the Partnership Act is expulsion of a partner under Section 33, but in good faith of powers stipulated in the partnership deed. No such power of expulsion is also stipulated.”

Lastly, the single judge bench of the Delhi High Court deciding upon the matter stated that, “In view of my above discussion, prima facie the termination of the petitioner from partnership by the respondent in terms of email dated October 13, 2020 being in violation of the Deed and the Partnership Act, keeping in view the mandate of Section 12 of the Partnership Act, where a partner has the right to take part in the conduct of the business and also keeping away the petitioner from the partnership business shall be to his prejudice, if he finally succeeds in the prospective arbitration proceedings, I direct that there shall be a stay of the operation of the email dated October 13, 2020 issued by the respondent terminating the petitioner from the partnership till the conclusion of the prospective arbitration proceedings.”