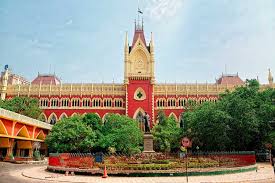 Civil Courts can set aside an ex-parte decree on the grounds of fraud or abuse of court process under Section 151 of the Code of Civil Procedure. The provision allows the Court to pass such orders that may be necessary for the ends of justice or to prevent the abuse of the process of the Court. The Calcutta High Court presided over by J S.B. Saraf laid down this ratio in the case of Emars Mining and Construction Pvt. Ltd. Vs. Manjunath Hebbar,[C.S. No. 125 of 2014].

The facts of the case are that a civil dispute arose between the parties because the defendant failed to deliver good commensurate with the advance payments made by the plaintiff. The Plaintiff had obtained an ex-parte decree in his favor in March 2019. Aggrieved by this order Defendant moved to this court to set aside this decree on the ground that the ex-parte decree was obtained by misleading the Court about the payments made by the plaintiff totaling up to a sum of Rs. 3 crores.

Under Order IX, Rule 13 of the Code of Civil Procedure an ex-parte decree can only be set aside if – i. the Court is satisfied that summons was not duly served upon the defendant or ii. there was some sufficient cause preventing the defendant from appearing for the court proceedings.

However, the High Court was of the opinion that, “.. this Court does possess the power to invoke its inherent powers under Section 151 of the CPC to provide relief to the applicant/defendant in such a case where fraud and/or abuse of the process of the Court may have transpired.”