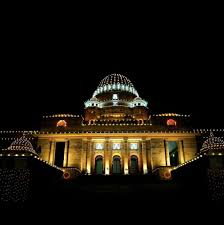 “The demand of outstanding loan amount from the person who was in default in payment of loan amount, during the course of employment as a duty, at any stretch of imagination cannot be said to be any intention to aid or to instigate or to abet the deceased to commit the suicide.” This ratio was laid down by the Bombay High Court presided over by J. V.M. Deshpande & J. A.S. Kilor, in the case of Rohit S/o Nawanath Nalawade Vs. State of Maharahtra & Anr., [Criminal Application No. 1052 of 2018].

The current application is filed by one Rohit for quashing an FIR registered against him under Section 306 of the IPC by the Maharashtra Police. The facts of the case are that the deceased had taken a loan of Rs. 6,21,000/- to purchase a car from Mahindra and Mahindra Financial Services. He took the loan for a period of four years and had to pay a monthly installment of Rs. 17,800/-. He initially just paid Rs. 15,800/- and promised to pay the amount later. It is alleged in the FIR that the Applicant did not approve of this request and constantly harassed the deceased by calling him and asking him to pay his dues. The suicide note that was seized too indicates involvement of the Applicant in the crime.

The counsel for the Applicant firstly placed reliance on the judgment of Amit S/o Ashok Naharkar v. State of Maharashtra, & Anr., 2018 SCC Online Bom 1399, and submitted that the Applicant was only asking for his dues and in no way was responsible for abetment of suicide of the deceased. He stated that, “Abetment involves mental process of instigating a person or intentionally aiding a person in doing of a thing and without a positive act on the part of the accused in aiding or instigating or abetting the deceased to commit suicide, the said persons cannot be compelled to face the trial.”

The Division bench of the Bombay High Court quashed the FIR filed against the applicant on the basis that none of the requirement of Section 306 IPC for abetting a suicide were satisfied. The Court observed that, “if we consider the facts of the present case, admittedly, the allegations are only to the effect that the applicant demanded outstanding loan amount from the deceased which was the part of his duty being employee of the Finance Company. In view of that, the demand of outstanding loan amount from the person who was in default in payment of loan amount, during the course of employment as a duty, at any stretch of imagination cannot be said to be any intention to aid or to instigate or to abet the deceased to commit the suicide.”

The Court also placed reliance on the landmark judgment of Santoshkumar vs. State of Maharashtra, 2020 SCC online Bom 91, in which it was held that “If previous loan amount is outstanding and if the applicant, who is Branch Manager of the said Bank, is refusing to grant any further loan, can be said as act of a vigilant and prudent banker and if he is not granting any further loan, it cannot be termed that by such act he instigated and/or abetted the person to commit suicide”