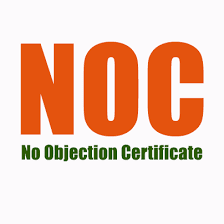 No Objection Certificate cannot be denied on the grounds that it was not applied for through a proper channel. The High Court bench consisting of J. Rajiv Sahai Endlaw and J. Asha Menon in the matter Krishna Kant Yadav v. Union of India & Ors. [W.P. (C) 8002/2020 & CM No. 26058/2020], issued mandamus directing Indian Air Force to comply with the pleas of the petitioner.

The petitioner relying on CPL N.K. Jhakar v. Union of India [W.P. (C) No. 9088/2008], argued that “holding that not applying through proper channel cannot be a ground for denying NOC/Discharge Certificate”. The respondents on the other hand pleaded that firstly the court did not have jurisdiction to entertain this petition and that the petitioner had other statutory remedy under Section 26 of the Air Force Act, 1950 for redressal of his grievance. The respondents further argued that “considering the functionality of the respondents IAF, it requires well trained and experienced manpower and each Airman is trained for specific role and his continuance in the service is essential not only to make good the expenditure incurred on him by the nation on his training but also to man all the required posts at all levels, to achieve desired operational preparedness at all times”. Additionally it was stated by the respondents that “permission to apply for civil post as well as grant of NOC are privileges and hence cannot be claimed as a matter of right”.