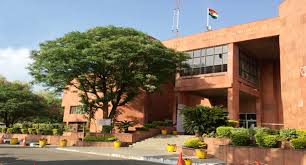 If any soldier’s whereabouts are unknown or who has not been heard of from the last ten years will be presumed “dead”. The Jammu & Kashmir High Court presided over by Hon’ble Justice Sanjay Dhar in the case of Madhu Devi V/s Union of India & Ors., [OWP 1440 of 2017].

Desertion is an act of abandonment of military duty without permission and with an intention of not returning back for more than 10 years.

In the instant case, it was found that husband of Madhu devi (Petitioner), serving as Head constable in 16 Battalion CRPF went missing in June 2010. Petitioner was being informed by the Company Commander Unit about the missing of her husband. Both respondent and petitioner tried to contact the soldier, but were unable to do so. As a result, on September 6, 2010, petitioner’s husband was declared as ‘Deserter’ from CRPF by the court.

Later on, Petition was being filed by the petitioner asking to declare her husband as ‘Dead’ and not ‘Deserter” on the grounds that from the last 7 years since she’s been trying to find her husband and has also issued notices on different media platforms but all her efforts went in vain. Petitioner also argued that respondents themselves couldn’t trace her husband’s whereabouts in the last more than 7 years i.e, w.e.f 3-06-2010.

The court relied on the case of N. Pankajam V/s State of Tamil Nadu (Writ Petition No. 5480) where Madras court dealt with somewhat similar circumstances.

The Court after hearing the arguments of both the parties came to a conclusion that since it’s been more than 7 years from the day soldier went missing and none of the parties have been able to trace and prove if the soldier is still alive, he’s no more to be considered as ‘Deserter’ and must be presumed ‘Dead’ according to Section 108 of Indian Evidence Act.

The HC stated that “Section 108 of Indian Evidence Act casts burden of proving that a person is alive, who has not been heard of for seven years upon the person who affirms it”.