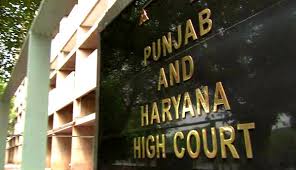 Merely because the boy is not of marriageable age (though major) the right of the Petitioner to live together cannot be denied. Further, “Parents cannot compel a child to live a life on their terms and that every adult individual has a right to live his or her life as he or she deems fit.” This ratio was laid down by the Punjab and Haryana High Court presided over by J. Alkasarin in the case of Priyapreet Kaur & Anr. Vs. State of Punjab & Ors., [CRWP-10828-2020].

The Court observed that, “She is well within her right to decide for herself what is good for her and what is not. She has decided to take a step to be in a live-in-relationship with petitioner No.2 who is also major, though may not be of a marriageable age. Be that as it may, the fact remains that both the petitioners in the present case are major and have a right to live their life on their own terms.” The Court further observed that, “Admittedly, he is a major. Merely because of the fact that petitioner No.2 is not of a marriageable age the petitioners cannot possibly be denied enforcement of their fundamental rights as envisaged under Article 21 of the Constitution of India. The petitioners, both being major, have decided to live together in a live-in relationship and there possibly may not be any legally justifiable reason for the respondents to object to the same.”

Recently, similar order was passed by the Allahabad High Court in the case of Smt. Shikha & Anr Vs. State of Uttar Pradesh & Ors., highlighted the will and consent of a couple to stay in a live-in relationship and ordered the Police to grant them the necessary security and protection.