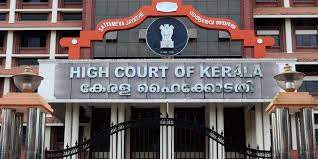 High courts have been misusing the power granted to them under Article 226 of the constitution while passing judgements in cases that deal with public money and the SARFAESI Act. This remarkable judgement was passed by the Kerala High Court in its single judge bench consisting of Justice A.M. Badar, heard the petition filed by a few cashew industries seeking revival of their loan accounts in the matter of Sunitha Roy & Ors. V Canara Bank & Ors., [WP(C).No.5232 OF 2020(D)].

It was alleged that the outstanding liability of 1st petitioner is Rs.3,02,40,000/- and that of 2nd petitioner is Rs.6,63,50,000/- and of 3rd petitioner is Rs.5,07,65,000/ and they prayed for restructuration of their bank accounts as well as abeyance of all proceedings against them under the SARFAESI (Securitisation and Reconstruction of Financial Assets and Enforcement of Security Interest) Act, 2002. The respondents have alleged that the petitioners No.1 to 3 themselves have failed to avail the opportunity for restructuring their debt despite willingness on the part of the 1st respondent to do so. This allegation was made in light of the petitioners not co-operating with the 1st respondent Bank despite intimation. It is also argued that huge loan is outstanding and therefore, secured creditor is entitled to take action under the SARFAESI Act.

Lastly, It was further argued by the respondents that the writ petition is not maintainable as action under the SARFAESI Act has already been started for recovery of outstanding dues of the secured creditor. It was also brought to the notice of the court that the 4th petitioner is not holding any account with the 1st respondent Bank and therefore, this writ petition is bad due to misjoinder of parties.

The court opined that “It is a matter of serious concern that despite repeated pronouncement of this Court, the High Courts continue to ignore the availability of statutory remedies under the DRT Act and the SARFAESI Act and exercise jurisdiction under Article 226 for passing orders which have serious adverse impact on the right of banks and other financial institutions to recover their dues. We hope and trust that in future the High Courts will exercise their discretion in such matters with greater caution, care and circumspection”.

Further, the court also observed that “there was no justification whatsoever for the learned Single Judge to allow the borrower to bypass the efficacious remedy provided to him under Section 17 and invoke the extraordinary jurisdiction in his favour when he had disentitled himself for such relief by his conduct. The Single Judge was clearly in error in invoking his extraordinary jurisdiction under Article 226 in light of the peculiar facts indicated above. The Division Bench also erred in affirming the erroneous order of the Single Judge.

Loans by financial institutions are granted from public money generated at the tax payers expense. Such loan does not become the property of the person taking the loan, but retains its character of public money given in a fiduciary capacity as entrustment by the public. Timely repayment also ensures liquidity to facilitate loan to another in need, by circulation of the money and cannot be permitted to be blocked by frivolous litigation by those who can afford the luxury of the same. Petitioners have most efficacious remedy of challenging demand notices under Section 13(2) of the SARFAESI Act before the Debt Recovery Tribunal. It is not case of petitioners that the Bank has not acted in accordance with the provisions of the SARFAESI Act or in defiance of the fundamental principles of judicial procedure. No case for breach of principles of natural justice is also made out”.