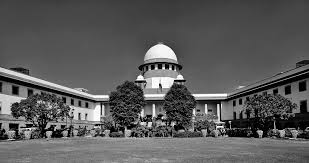 The Supreme Court held that the Patna High Court and Jharkhand High Court had erred in dismissing a writ petition on the basis of lack of territorial jurisdiction. The late petitioner’s wife appealed to the SC aggrieved with the decisions of the HC as they contended that both petitions had different causes of action. The earlier Writ Petition, in the present matter of  Shanti Devi Alias Shanti Mishra V Union Of India & Ors. [Civil Appeal NO. 3630 of 2020], was filed on different cause of action where the substantial prayer was for refund of the amount illegally deducted whereas the second one was on entirely different cause of action.

The appellant’s husband, a retired employee of the Coal India Ltd. had to run from pillar to post after two high courts rejected his petition with respect to his pension on the basis of lack of territorial jurisdiction. The case went on for long enough so much so that he died during the pendency of the suit and his wife was substituted as writ petitioner.  The petitioner filed a writ petition in the High Court of Patna as well as the High Court of Jharkhand and both the courts dismissed his petition on the ground of lack of territorial jurisdiction as the petitioner was employed at West Bengal but resided in Jharkhand after retirement, where he was receiving pension.

The Learned Single Judge of the Patna High Court held that “petitioner served in the State of West Bengal under the authorities and organizations which are located either in States of West Bengal or Jharkhand, hence, High Court of Patna had no territorial jurisdiction”.

The SC held that, “Form the facts of the present case, we are of the considered opinion that part of cause of action has arisen within the territorial jurisdiction of Patna High Court. The deceased petitioner was continuously receiving pension for the last 8 years in his saving bank account in State Bank of India, Darbhanga. The stoppage of pension of late B.N. Mishra affected him at his native place, he being deprived of the benefit of pension which he was receiving from his employer. The employer requires a retiring employee to indicate the place where he shall receive pension after his retirement. Late Shri B.N. Mishra had opted for receiving his pension in State Bank of India, Darbhabga, State of Bihar, which was his native place, from where he was drawing his pension regularly for the last 8 years, stoppage of pension gave a cause of action, which arose at the place where the petitioner was continuously receiving the pension. We, thus, are of the view that the view of the learned Single Judge as well as the Division Bench holding the writ petition not maintainable on the ground of lack of territorial jurisdiction was completely erroneous and has caused immense hardship to the petitioner.