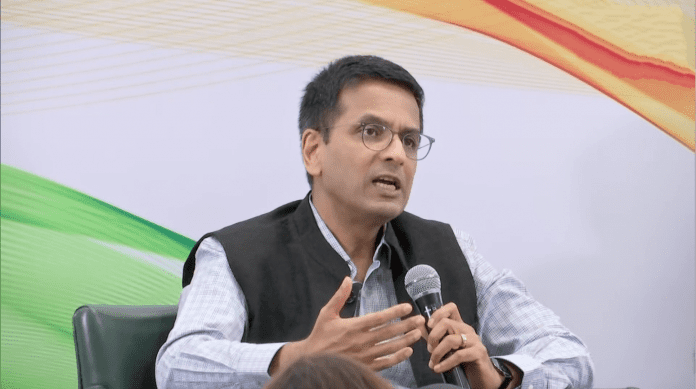 The Supreme Court’s recent judgment on a criminal  appeal has shed new light upon the refusal of the convict to undergo Test Identification Parade (TIP). The bench consisting of J. Dhananjay Y Chandrachud, J. Indu Malhotra and J. Indira Banerjee, in the matter of Rajesh @ Sarkari & Anr Vs. State of Haryana [Criminal Appeal No. 1648 of 2019], held that ‘refusal to undergo TIP cannot be the basis for conviction’.

In the present case, the appellants/accused, Rajesh alias Sarkari and Ajay Hooda have been convicted, along with a co-accused, Pehlad Singh alias Harpal, for an offence under section-302 read with section-34 of the Indian Penal Code, and had been sentenced to imprisonment for life by the Sessions court in a judgement dated 12th June 2012. The accusation was for the commitment of murder of Sandeep, the son of the complainant, by firing shots at him. Aggrieved, the accused filed appeals in the HC of Punjab and Haryana, wherein the appeals were dismissed in January 2019.

In the present appeal, new facts were brought into light. It was seen that there were many inconsistencies in the depositions of the prosecution witnesses 4 and 5 (complainant and his son) who also claimed to be the eye witnesses. The court stated that “the depositions of PW4 and PW5 suffer from several material contradictions and improvements; and the non-examination of the ballistics expert in light of serious controversies in the FSL reports has cast a shadow on the prosecution’s story..”.

In the second half of the judgement, the issue of TIP was dealt with. The prosecution submitted that “an adverse inference should be drawn against the appellants for refusing to submit themselves to a TIP”. The appellants argued that the refusal to undergo TIP was borne out of the fact that the deceased and the accused knew each other prior to the occurrence of the event and were in fact co-accused in a case under trial (FIR No. 341 dated 23rd June, 2001). Also, the fact that PW4 had seen Rajesh during the courses of hearing could not be brushed aside.

After the submissions, the court relied on various cases such as Matru v. State of U.P. [(1971)2 SCC 75 : 1971 SCC (Cri) 391], Santokh Singh v. Izhar Hussain [(1973) 2 SCC 406 : 1973 SCC (Cri) 828] and Visveswaran v. State [(2003) 6 SCC 73] to clarify the need and purpose of TIP. Taking all the facts into consideration, the SC acquitted the accused after 12 years of imprisonment and stated that “the identification in the course of a TIP is intended to lend assurance to the identity of the accused. The finding of guilt cannot be based purely on the refusal of the accused to undergo an identification parade. In the present case, we have already indicated the presence of the alleged eyewitnesses PW4 and PW5 at the scene of the occurrence is seriously in doubt. The ballistics evidence connecting the empty cartridges and the bullets recovered from the body of the deceased with an alleged weapon of offence is contradictory and suffers from serious infirmities. Hence, in this backdrop, a refusal to undergo a TIP assumes secondary importance, if at all, and cannot survive independently in the absence of it being a substantive piece of evidence.”