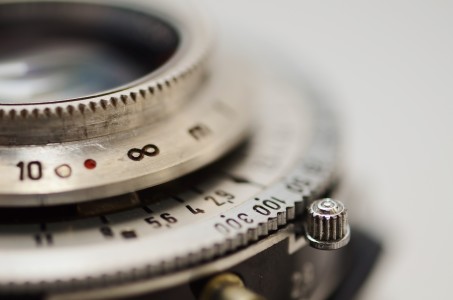 In the judgement of the recent case of Sabu Issac v. Antony Chacko (OP(C).No.123 OF 2020), dated 5-10-2020, the Kerala High Court, laid down that the plaintiff has no absolute right to withdraw from a suit in the Appellate stage. The judgment was given by Justice R. Narayana Pisharadi.

The facts of the case include that the plaintiff had instituted the suit O.S.No.266/2011 in the Sub Court, Alappuzha for granting a decree for cancellation of sale deed No.2930/2008 of S.R.O Pulinkunnu which was executed by the second defendant in favour of the first defendant. The decree for cancellation of that document was sought by the plaintiff on the ground that the second defendant had no property in survey No.60/1 which was mentioned in that document. The plaintiff had not raised any plea in the suit stating that he has no right, title or interest in the property which had been mentioned in the aforesaid document. The entire suit was filed entirely on the basis of the plaintiff’s apprehension that in future the defendant may raise a claim over the property which is adjacent to the property in survey No.60/1. Following the same, the defendant had filed a written statement in the suit O.S.No.266/2011, which stated or contended that the suit was not maintainable and that the plaintiff has got no property in the vicinity of the property covered by sale deed No.2930/2008.

Thus the plaintiff an application under Order XXIII Rule 1(3) of the Code of Civil Procedure, 1908 (for short ‘the Code’) praying that he may be permitted to withdraw from the two suits with the liberty to sue the defendant/defendants newly or afresh on the same subject matter. The reason stated was on the plea that the plaintiff’s counsel was of the opinion that there were defects in the framing of the suits and that the proper remedy ought to have been to file for declaration of the title of the disputed property and recovery of the possession. However, the defendant filed an application stating that the application was not maintainable and that there were not enough reasonable grounds.

Previously in the cases of Rathinavel Chettiar v. Sivaraman : (1999) 4 SCC 89, it had been held that the plaintiff cannot while abandoning a suit or abandoning a part of his claim, reserve himself the right to bring a fresh suit on the same cause of action. Even in the case of Sarguja Transport Service v. State Transport Appellate Tribunal: AIR 1987 SC 88 it was held that  In order to prevent a litigant from abusing the process of the court by instituting suit again and again on the same cause of action without any good reason, the Code insists that he should obtain the permission of the court to file a fresh suit after establishing either of the two grounds mentioned in sub-rule (3) of Rule 1 of Order XXIII. The principle underlying the above rule is founded on public policy.

It is being further held that “In the instant case, while granting permission to the plaintiff to withdraw from the suits, the appellate court has not considered whether any right had accrued in favour of the defendant by the dismissal of the suits by the trial court and by granting permission to withdraw from the suits, whether the defendant would be deprived of any such right.  Even a decree dismissing the suit may create right in favour of the defendant (See Mary Teacher v. Varghese : 2017(1) KHC 830 : 2017(1) KLT 840). The appellate court has considered the applications filed by the plaintiff as if they were filed at the trial stage.  There is also no clarity in the impugned orders passed by the appellate court as to whether it was on any ground under clause (a) or clause (b) of Rule 1(3) of Order XXIII the permission to withdraw from the suit was granted. In such circumstances, it has become necessary to remand the matter to the appellate court for fresh consideration of the applications filed by the plaintiff.”
Click here to read the judgment