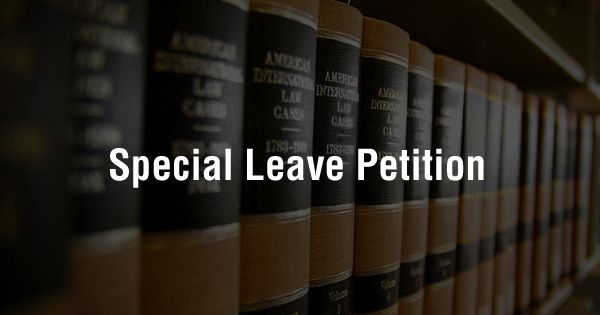 In the case of T.K. David v. Kuruppampady Service Co-operative Bank Ltd. & Ors., ( Special Leave Petition no. (C)NO.10482 Of 2020), the Supreme Court in the judgment dated 5-10-2020,  had laid down that Special Leave Petition, when filed against a High Court order, which rejected the review order, cannot be entertained when the main judgment is not challenged.

The brief facts of the case is that the petitioner was an employee of Kuruppampady Service Co-operative Bank. He was suspended and a disciplinary inquiry was conducted by the Bank. The Bank vide order dated 20.03.2003 dismissed the petitioner consequent to the domestic enquiry.

Consequently following these occurrences, the Cooperative Arbitration Court by order dated 18.08.2010 gave award by which punishment of dismissal was altered as decrease to a lower rank. In view of the order (dated 18.08.2010) both the petitioner just as the Bank filed Appeal No. 78 of 2010 and No. 81 of 2010 respectively. The Cooperative Tribunal concerning its judgment (dated 16.08.2011) discarded both the advances by which the punishment of compulsory retirement (on 20.03.2003) was forced with terminal advantages or benefits subject to liability, assuming any, appropriately surveyed or duly assessed. Against the request for the Cooperative Tribunal, a writ petition was filed by the petitioner before the learned Judge of the Kerala High Court, in which writ petition was dismissed by judgment (dated 31.07.2013) against which judgment Writ Appeal No. 1313 of 2013 was filed by the petitioner before the Division Bench. The Division Bench of the High Court vide the judgment (dated 11.03.2015) dismissed the writ appeal filed by the petitioner. Then again he filed a Special Leave Petition, consecutively a review petition and a curative petition was also filed, which was also dismissed. Following the above proceeding, the petitioner had filed a Review Petition High Court through a judgment dated 06.02.2020. Aggrieved with the judgment dated 06.02.2020, this special leave petition has been filed.