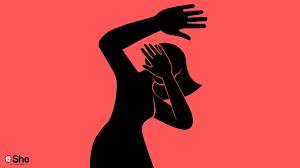 Patna High Court had initiated a Suo Moto case against an advocate who was accused of attempting rape on a law student who was intern in his cabin last month. The Advocate name was Niranjan. The case was registered on the basis of oral mentioning of the resolution passed by the co-ordination committee of 3 Association of the Patna High Court against the Advocate in question. The case was Court on its own motion on the basis of resolution/complaint passed by coordination committee V/S the State of Bihar and Ors [Civil Writ Jurisdiction Case No.345 of 2023]. The case was presided by Mr. Chief Justice Sanjay Karol and Mr. Justice Partha Sarthy.

When the case came before the court, it perused the resolutions and allegation against the advocate and proceeded to issue a notice to him. The Bihar State Bar Council has already suspended him from further practicing in any court in India with immediate effect. The interim has also been given by the committee mentioned above which was under seal.