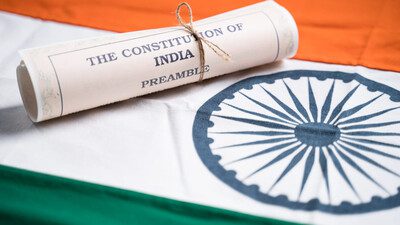 The Rajasthan High Court passed a judgement on 13-10-2022 in the case of Tarun Vaishnav vs. State of Rajasthan S.B. Criminal Miscellaneous Petition No. 6323/2022. Headed by The Honorable Justice Dinesh Mehta, the Court exercising its inherent powers under Section 482 of Criminal Procedure Code, quashed the FIR registered under the provisions of Section 376 of the IPC and Sections 3 and 4 of the POCSO Act against a 22-year-old man for impregnating a minor.

The petitioner-accused had approached the Court for quashing the FIR on accord of entering into a compromise with a minor, which was registered against him by the Station House Officer (SHO), Devnagar, Jodhpur based on the statement of the minor upon delivering a baby boy in a Government Hospital. In her statement, she revealed that she had a love affair and voluntarily cohabited with the accused resulting in her pregnancy.

The justice while stating that ‘consent’ in cases concerning sexual act with a minor holds no legal sanctity and cannot be used as a defence, however, their personal relationship has peregrinated beyond the legal and moral bounds, resultantly therefrom conceiving an offspring.

The FIR was registered on the behest of the Investigating Officer and neither the minor nor her parents had any animosity against the petitioner and beseeched that the FIR be quashed contrary to which he will have to face incarceration for at least 10 years for an offence committed due to an immature act and uncontrolled emotions.

The statement of the parents of both the parties revealed their remorse and helplessness, expressing their concern about the situation of minor delivering due to lack of maturity, or mistake. They further submitted due to society’s pressure, they had to house their 2-month-old grandson in a nursery.

Thus, the Court agreed to the quashing of the FIR, listing down various reasons for reaching to its conclusion and to secure the ends of justice:

If the prosecution continues, the petitioner is sure to face conviction, as the girl is a minor. The conviction will result in 10 years of incarceration which would bring more agony and misery to the girl and her newly born son, rather than securing justice and, because the basic ingredient of retributive theory of punishment- avenge for the person wronged” is completely absent.

The Court stated that “this court cannot be a silent spectator to or turn its back on the distressed family. The petitioner’s prosecution and conviction will lead to pain and tears in the eyes of the family members of both the parties and future of two families, and above all, an innocent child will be at stake, whereas, if he impugned FIR is quashed, it would serve the ends of justice.”