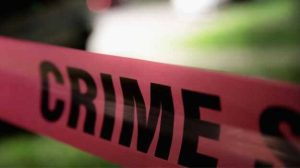 The Jammu Kashmir and Ladakh High Court passed a judgement on the 2nd of December, 2022 in which the order was allowed by the bench and his dismissal order was quashed. This was seen in the case of Laxman Dass vs Union Of India And others (SWP No.1881/2007). The case was presided over by The Honourable Mr Justice Sanjeev Kumar

The petitioner was charged on section 302 of IPC. While the proceedings were still going on in the competent criminal court, he was dismissed on the departmental enquiry. The trial ended in the acquittal of the petitioner. Through this petition, the petitioner had called into question his dismissal order.

In compliance with the judgement, the respondent revoked the order of dismissal of the petitioner and reinstated him into service with all consequential benefits. However, simultaneously, with a view to holding a fresh enquiry, the petitioner was again placed under suspension retrospectively till the finalization of the departmental enquiry. The petitioner pleaded not guilty to the charges framed against him and submitted his detailed reply. It is alleged by the petitioner that a number of enquiry officers were appointed to enquire into the charges from time to time, but, during the departmental enquiry, none of the witnesses examined by the respondents could substantiate the charges