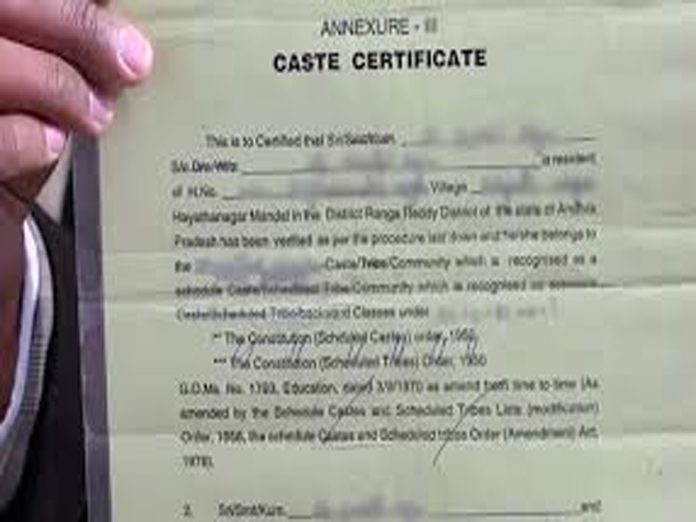 The Karnataka High Court under Justice Hemant Chandangoudar in S Neelakantappa And State of Karnataka & ANR(Criminal Petition No. 6915/2016) has dismissed a cheating case brought against a 61-year-old man who is accused of obtaining a phoney caste certificate claiming to be a member of the Scheduled Caste in order to seek employment with BEML.

Petitioner has been charge sheeted for the offence punishable under Section 420 of IPC alleging that, though the petitioner belongs to Weavers Community by furnishing false information with the Thasildar, Bellary Taluk, obtained Caste Certificate that, he belongs to Machala Community which is classified as Scheduled Caste and thereby managed to secure job in BEML. The accused submitted a discharge application after the magistrate took cognizance of the offence, which was ultimately denied. The magistrate stated in its decision of rejection that the issue that needs to be resolved after a complete trial is whether the petitioner is a member of the Weavers Community or the Machala Community. The Sessions Court upheld the magistrate court’s decision on appeal as well. After then, the petitioner went to the high court. The petitioner contended that the Police lack the authority to file a police report for the offence punishable under Section 420 of the IPC, which alleges that the petitioner-accused obtained a caste certificate by providing false information, in the absence of any inquiry by the Caste Verification Committee as required by Rules 6A and 7(4) of the Karnataka Schedule Castes, Scheduled Tribes, and Other Backward Classes (Reservation of Appointment etc.) Rules, 1992.

The bench took note of the fact that the Caste Certificate issued in favour of the petitioner-accused, stating that he is a member of the Machala community, is still valid and has not been revoked by the Competent Authority in accordance with the Rules, 1992.

A reading of the aforementioned provisions, according to the court “A reading of the aforesaid provisions clearly indicates that the petitioner can be prosecuted for the offence punishable under Section 420 only upon an order passed by the Caste Verification Committee rejecting the claim of the petitioner for grant of Validity Certificate and there upon the Directorate of the Civil Rights Enforcement shall take steps to prosecute the petitioner.” “The Caste Certificate issued in favour of the petitioner having not been cancelled under the provision of the Rules, 1992, cognizance taken by the learned Magistrate on the 7 basis of the final report is impermissible.”