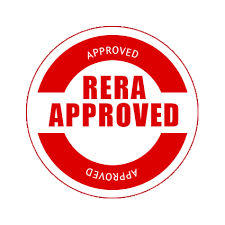 On Thursday, the Allahabad High Court in Lucknow was deciding whether a complaint alleging non-fulfilment of an agreement for assured return with a builder is maintainable under the RERA ACT.

The case in which the allottee had deposited the entire price of the flat was being handled by the bench headed by Justice Saurabh Lavania. The agreement stating that an assured monthly return will be provided was signed while the entire flat price was deposited.

When the builder stopped paying assured return, the allottee approached the RERA. RERA said that on account of the enactment of the Banning of Unregulated Deposit Scheme Act, 2019 this is unregulated. RERA said it is not the competent authority, the party has to approach civil court.

In the first appeal, the Appellate Tribunal said that it is a commercial arrangement and the Term assured return is not mentioned in the Real Estate (Regulation and Development) Act, 2016.

The following are a few of the questions posed in the second appeal.

(i) Whether the RERA/respondent No.2 has committed a grave error in holding that the Central Government prohibited the scheme of the Assured Return by bringing an Ordinance in the year 2018 in view of Placitum 2 of the First Schedule of the “The Banning of Unregulated Deposit Scheme Act, 2019?

(ii) Whether the contractual obligation between the appellant and respondent no.1 as per the Agreement for Sale dated 01.12.2017 having the sanction of “The Banning of Unregulated Deposit Scheme Act, 2019” is consistent with the Real Estate (Regulation and Development) Act, 2016 and if it is, the learned Forums below have erred in law in non-suiting the appellant?

(iii) Whether in view of the statutory prescription made in Section 11(4)(a) read with Section 34 (f) of the Real Estate (Regulation and Development) Act, 2016 the learned Courts below have committed a grave error in holding the complaint to be not maintainable, particularly when it is essentially functioning of Real Estate Regulatory Authority to ensure compliance of obligations cast upon the promoter and Assured Return is one of the obligations having the sanction of law as per Placitum 2 Schedule of The Banning of Unregulated Deposit Scheme Act, 2019?

(iv) Whether in view of the arrangement in the agreement between the appellant and respondent no.1 regarding Assured Return which is having statutory appeal under The Banning of Unregulated Deposit Scheme Act, 2019 and resultantly under Real Estate (Regulation and Development) Act, 2016, the inherent and natural inference that Assured Return is part of builder-buyer agreement is not having commercial transaction and the Appellate Tribunal has thus erred in holding the same to be not covered under 2016 Act?

(v) Whether the learned Tribunal has not erred in law in holding that Assured Return is independent commercial arrangement between the parties having trapping of profit earning as main aim in view of the fact that the Project is under the vigil of RERA and all actions, Inter-se appellant and respondent no.1 are the subject matter of regulations under 2016 Act?

(vi) Whether the authority as also the Tribunal constituted under the Real Estate (Regulation and Development) Act, 2016 erred in law rejecting the claim of the appellant in view of Section 8.3(a)(k) of the Act of 2016?

In light of the foregoing, the bench instructed to serve notice on the respondent and summon the records of the lower court.