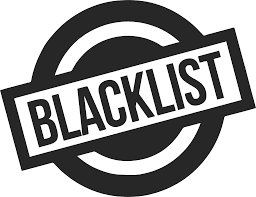 The Karnataka High Court has said under Justice M Nagaprasanna in Krishi Infratech and ANR. v. Union of India & others(Writ Petition No. 20978 of 2022) that there should always be a reasoned banning or blacklisting order passed by the authorities as it has great civil and economic consequences and therefore it should bear application of mind. Application of mind is discernible only when the order contains reasons as reasons are live links between the decision maker and the decision taken.

The first petitioner is a partnership firm engaged in the business of carrying out construction activities on contract basis for various Government organizations and claims to be in the said business from 2011. Concerning the Railways, the petitioner claims that it has executed all the works that are assigned by the Railways following due process of law and in compliance with Rules and Regulations. The issue concerns aftermath of award of a particular tender. A tender was notified in which the petitioner had emerged to be a successful bidder which was construction of road over the bridge of railway span composite girder and PSC girder at Yeswanthpur – Yelahanka section. The commencement of work had happened on 05-06-2015. After about 2 years of completion of construction work, statement of charges/ misconduct against the petitioner comes to be issued on 10-08-2021 enclosing statement of charges directing the petitioner to submit its reply on or before 12-09-2021. The petitioner gave replies to all the 4 charges. After all this there comes an impugned order which blacklists the petitioner and bans it in any dealings with the Railways for a period of 5 years. Not stopping at that, on the very same day, a communication is sent to the Tender Inviting Authority and the Tender Inviting Authority rejects the bid of the petitioner on the ground that the petitioner has been blacklisted on. It is these actions that are called in question in the subject petition.

“It is this action that does not inspire confidence of the Court. the order has economic and civil consequences upon the petitioner. Any order having civil or economic consequences should bear application of mind. A perusal at the impugned order would not indicate even a semblance of application of mind on the part of the Competent Authority who takes away the right of the petitioner to enter into a trade for a period of 5 years. Such an order which has a sweeping ramification could not have been casually passed by the respondent/Railways.”

A reasoned order is always desirable by any judicial, quasi judicial or administrative functionaries to pass, for the reason, that reasons are the heartbeat of a conclusion, without which the order becomes lifeless. The order impugned does not indicate any of the tenets of audi alteram partem.

The matter gets remitted back to the hands of the authorities to pass appropriate orders in accordance with law.