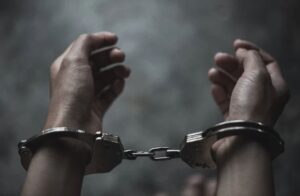 The Jammu Kashmir and Ladakh High Court passed a judgement on the 27th of December, 2022 in which the high court quashed the petition filed by the petitioner. This was seen in the case of Sartaj Ahmed Ganai vs Union Territory Of J&K & Anr (WP(Crl) No. 342/2022). The case was presided over by The Honourable Mr Justice M A Chowdhary.

In this case, the petitioner was detained due to practising an illicit business. The order of preventive decision was challenged in the court on the following grounds

The counsel then proved all the above facts wrong by providing sufficient proof. The court observed that the object of preventive detention is not to punish a man for having done something but to intercept and prevent him from doing so.

After going through the arguments, the court found that the detenue was involved in illicit trade practices because of which he was detained under preventive custody. It was seen that at the time of execution of the order of warrant, the detenue was told and explained the legal proceedings. Because of all these reasons the petition was found to be without any reason and hence quashed