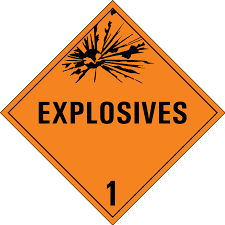 The Karnataka High Court under Justice K Natarajan in P Sunil Kumar & ANR v. State of Karnataka (Criminal Petition No. 8969 of 2022) quashed criminal proceedings initiated against owners of a shop licensed for selling explosives to quarry contractors on the ground that their employee had illegally sold some gelatin sticks to a person who ultimately died in an explosion.

The Police received the information that a car parked within the jurisdiction of the Satanur police station got blasted and a person died in the car. On enquiry about the same, he came to know that the dead person was Mahesh who was carrying Gelatin in his car and at that time it got exploded. The deceased is said to have purchased gelatin sticks from the shop of the petitioner.

The bench after going through the details noted that while the gelatin sticks were being sold by the employee named Harish, the petitioner wasn’t present there. Also, no bill was raised by him towards the sale of the gelatin stick. Accused Harish admitted that he used to sell explosives to customers without the knowledge of the petitioner i.e. the shop owner and the money he received through that , he used to spend on himself and others. The bench observed that the owner didn’t violate the license as such an act was done without his knowledge.

“Though the purchase was from the shop of the accused Nos.4 and 5 but without their knowledge and there is no bill or receipt issued by the accused no.3 on behalf of the shop or owners of the license holders. Such being the case, implicating accused Nos.4 and 5 is not correct. Any offence committed by the servant cannot be said to be vicarious liability by the owners/employer in the criminal law. Therefore, considering the facts and circumstances of the case, I am of the view, that conducting criminal proceedings against the petitioners is abuse of process of law. Hence, liable to be quashed.”