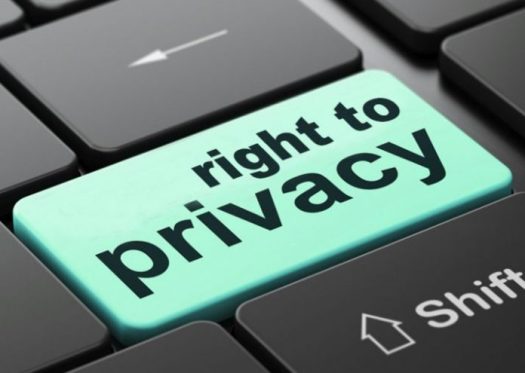 In the year 2017, the Supreme Court of India passed the landmark judgement in the case of Justice KS Puttaswamy v Union of India. This judgement affirmed the constitutional right to privacy and held that it was indeed a fundamental right. It was, however, also pointed out by the Hon’ble bench that it was not an absolute right but like other fundamental rights, was subject to certain restrictions.

The question is, how did the privacy judgement come into being? The question first arose in 2015 when a challenge was made against the Aadhaar framework. Till then, although a few Supreme Court judgements had recognised the right to privacy, it was not yet recognised as a fundamental right enshrined and guaranteed by the Constitution.

This was mainly because the larger benches of the Supreme Court in cases like MP Sharma v Satish Chandra and Kharak Singh v State of MP had refused to accept the right to privacy as a constitutionally protected right. Thereafter, the matter was referred to a 5 judge bench that subsequently got referred to a nine-judge bench to address the constitutional question and decide on the right to privacy.

Summary of the facts of the case-

A project was initiated by the Government of India ‘Unique Identification for BPL Families’, for the purpose of which a Planning Committee was set up. In 2010, the National Identification Authority of India Bill was passed and in 2012, retired Judge KS Puttaswamy and Mr Parvesh Sharma filed a Writ Petition challenging the validity of the same. It was said to be violative of fundamental rights, particularly the Right to Life under Article 21 of the Constitution.

There were certain issues that were raised in this petition, but this write-up will deal with one issue in particular-

The nine-judge bench of the Supreme Court unanimously delivered the judgement and held that the right to privacy is a constitutionally protected right which emerges from the right to life and personal liberty under Article 21. It also emerges from varying contexts from the facets of freedom and dignity which are also guaranteed by the fundamental rights enshrined in the Constitution. The judges held that it was an inalienable natural right.

Life and individual freedom are basic privileges. These are privileges that are indistinguishable from dignified human life. The pride of the individual, correspondence between people, and the journey for freedom are the primary mainstays of the Indian constitution…

Protection incorporates at its centre the conservation of individual affections, the sacredness of day-to-day life, marriage, multiplication, the home, and sexual direction. Protection likewise implies an option to be let be. Protection shields individual independence and perceives the capacity of the person to control imperative parts of their life.

Individual decisions overseeing a lifestyle are characteristic of protection. Security safeguards heterogeneity and perceives the majority and variety of our way of life. While the fundamental assumption for protection might fluctuate from the personal zone to the confidential zone and from the private to the public fields, it is essential to highlight that security isn’t lost or given up only in light of the fact that the individual is in a public spot. Security joins the individual since it is a fundamental feature of the person’s nobility.

The evolution of privacy is something that is quite interesting. The concept in itself is not a common law right but has been recognised as an important and cherished right in a modern democracy. It enjoys a robust legal framework in international law as well, under the UDHR and ICCPR that protects individuals against that interference with privacy.

In the 1890s, Louis Brandeis J spoke about the concept of privacy as the individual’s right to be left alone, The distrust in the State is what paved the foundation for the privacy law to come into being.

Various Continental European philosophers treated privacy as an integral part of human dignity. Immanuel Kant’s philosophy of treating humans as an end to themselves and not to others became one of the most important aspects in considering the law of privacy in Europe. When one takes a look at look at the history of English law, the privacy aspect has been weaved into it since the case of Entick v Carrington (1765).

The Commonwealth countries’ take on the law of privacy

When it comes to the American jurisprudence on privacy, a major role was played by the concept of a women’s right to their body and the reproductive autonomy of a man. In the case of Skinner v Oklahoma, the Supreme Court held that the right to reproduce is one of the civil rights of a man. In the case of Griswold v Connecticut, the right of women to reproductive autonomy and choice set the foundation for America’s cascade of judgements and opinions on the same matter which, to this day, is active.

The right to privacy was upheld in various cases with respect to the LBTQA+ community but it has not always been smooth sailing. While there have many multiple cases that have held up the sexual autonomy of the community, like the landmark of John Goddes Lawrence and Tyron Garner v Texas; there have been cases like Bowers v Hendrick, where the Court did not confer the same right to homosexuals.

New Zealand has been at the forefront of its privacy laws as well and now, it has started expanding its scope. The enactment of the Privacy Act, of 1993 has given privacy issues a high public profile.

Following certain judgements in the country before the enactment of the Privacy Act, there seemed to be a new tort of privacy. After analysing the decisions in certain cases like that of Morgan v TVNZ Ltd, Marris v TV3, Bradley v Wingnut Films Ltd and a few others, Professor Burrows, who is a leading academic commentator in the country made the following observations as elements of the tort of privacy in New Zealand-

Soon after, the Privacy Act, of 1993 was enacted. This act covered a wide range and is considered the basis of privacy laws in New Zealand. The following are the certain areas that the Act covers-

In Ilich v Accident Rehabilitation & Compensation Insurance Corporation the defendant accepted that it had breached Rule 11 of the Temporary Health Information Privacy Code 1993 in disclosing the contents of a memo containing personal information about the plaintiff to the plaintiff’s brother. ‘Neither the brother nor the other family member was called to give evidence to confirm that the relationship had still not recovered as a result of the disclosure.

In Australia, there is no constitutional right to privacy. However, there are some legislations that afford some protections although not totally. For example, a man who took photos of women in a fashion store was charged with ‘filming for an indecent purpose’, not with any invasion of the women’s privacy.

In the case of Australian Broadcasting Corporation v Lenah Game Meats Pty Ltd, the High Court of Australia was concerned with the issue of whether the secret filming of operations at a possum processing factory provided sufficient grounds for granting an interim injunction to prevent the ABC from broadcasting the film. In a series of individual judgments, a majority of the Court held that the injunction should not have been granted because it was not possible to identify any underlying legal or equitable right.

When it comes to the situation of privacy in India, there has been a lot of influence has been drawn from the American Judiciary. For example, the decriminalization of Section 377 of IPC in the case of Naz Foundation v Government of NCT, Delhi, was influenced by the Lawrence judgement in America.  While the Constitution of India does not expressly mention the right to privacy, there have been numerous cases where the Supreme has upheld the same right.

In People’s Union for Civil Liberties v. Union of India, the Court ruled that telephone conversation is an important facet of a man’s private life. The right to hold a telephone conversation in the privacy of one’s home or office without interference can certainly be claimed as a “right to privacy”. Telephone tapping in the modern era is a serious violation f a person’s right to privacy.

In the case of State of Maharashtra v Madhukar Narayan Maridkar, the Supreme Court held that a prostitute too has her right to privacy that cannot be violated just because she is considered to be a woman of easy virtue. It is an inalienable right applicable to all individuals. Similarly, in the case of Neera Mathew v LIC, the Supreme Court held that privacy is an important aspect of personal liberty. In this case, the questionnaire provided by LIC had questions regarding the woman’s menstrual cycles and past pregnancies, to which her application was rejected as she did not fill them correctly. It was held by the Supreme Court that these questions were a violation of her privacy and do not stand well in the Court of Law.

The Supreme Court of India, in the landmark case of Justice KS Puttswamy v Union of India, decided unanimously that right to privacy is a fundamental but absolute right that stems from article 21 which talks about the right to life and personal liberty.

The approach to privacy is not so different in civil law countries. This is mainly because, if one takes a look into the Universal Declaration of Human Rights (UDHR), the right to privacy has been recognised there as well and the countries that are party to it are obliged to follow the same.

Germany recently, in the year 2018, came up with new privacy laws. The German Privacy Act (Bundesdatenschutzgesetz- BDSG) provides general rules and regulations regarding data processing in the public and private sectors. Way back, in the year 1983, the Constitutional Court of Germany developed the right of self-determination of information. It was also held that personal details are a constitutionally protected right in Germany and individuals have the right to determine how much of that data can be published.

In Canada as well, the right to privacy has been recognised for a really long time as a fundamental right. The Canadian Charter of Rights and Freedoms and the Privacy Act protect the right of citizens regarding their personal information.

From the various rules and how the countries approach the right to privacy, it can be understood that the right in itself is multidimensional and multifaceted. It safeguards individual autonomy and recognizes one’s ability to control vital aspects of life. The right to sexual autonomy has made most European countries and America repeal laws against criminalising adultery. Taking note from these countries, India too, in the landmark case of Joseph Shine v Union of India, decriminalised adultery, although it remains a valid cause for divorce.

Adding to that, the Puttaswamy judgement urged the Government to come up with an extensive and robust mechanism for data protection as well. It must be seen that citizens do not lose their individual autonomy.