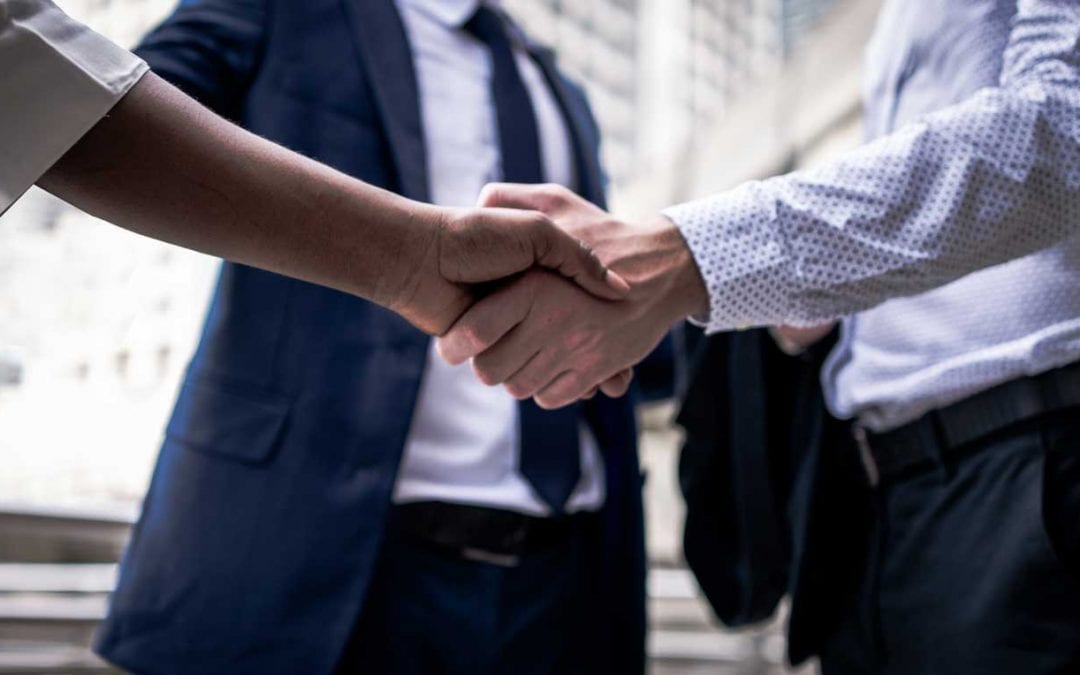 The Idea and its Practicality:

As the saying goes, “The spirit of the law, not its letter, is what gives life to justice.” Lord Justice Earl Warren

With the advent of the idea of Conflict Management via Alternative Dispute Resolution (ADR), a new, less adversarial method of settling legal disputes has become available. Legally speaking, a lawsuit is a “lis inter partes,” however the Indian legal system has developed an alternative to adversarial litigation known as the ADR Mechanism.

The parties to a disagreement can save time and money by using alternative dispute resolution (ADR) techniques including mediation and arbitration. These processes also have the added benefit of allowing the people involved to lessen their animosity toward one another, reclaim some measure of control over the situation, come to terms with the decision, settle the dispute amicably, and improve their sense of fairness. Disputes are best settled in private settings, where they can be handled in a way that is more practical, cost-effective, and efficient. There are at least four distinct forms of alternative dispute resolution (ADR): arbitration, mediation, collaborative law, and negotiation. (Conciliation is sometimes considered a fifth kind, although for our purposes here it can be seen as a subset of mediation.)

It is Necessary because of the Heavy Caseload in the Courts. There has been a dramatic increase in the number of cases filed in Indian courts in recent years, leading to pendency and delays and underscoring the need for alternate dispute resolution techniques. In light of these concerns, on December 4, 1993, the then-Prime Minister of India and the then-Chief Justice of India convened a conference in New Delhi at which the Chief Ministers and Chief Justices of the States adopted a Resolution.

It read: “The heads of government and the highest judges agreed that the courts couldn’t handle everything and that some conflicts were better suited to being settled through arbitration, mediation, or negotiation. They stressed the value of parties to a disagreement using alternative dispute resolution, which can provide procedural flexibility, save time and money, and reduce the emotional and mental strain of going to trial “.

There is no better option than to work toward developing alternative modes of dispute resolution (ADR) by establishing facilities for providing settlement of disputes through arbitration, conciliation, mediation, and neo-arbitration in a developing country like India with major economic reforms underway within the framework of the rule of law.

Actions taken as a result of ADR:

The scientific method has been used in the development of these methods in countries like the United States, the United Kingdom, France, Canada, China, Japan, South Africa, Australia, and Singapore. Alternative dispute resolution (ADR) has become popular in these nations, and for good reason: it helps parties resolve their disagreements more quickly and cheaply, and it also creates a more relaxed and informal setting in which to do so.

As a result, legislation known as “The Arbitration and Conciliation Act, 1996” was passed. The law regarding Arbitration and Conciliation is nearly identical to those of developed nations. This Act officially recognizes conciliation as a legitimate method for resolving conflicts. The new law also protects against any potential bias or prejudice from the arbitrators’ nationality by requiring them to be neutral and objective. As a result of the new 1996 Act, many adjustments have been implemented to speed up the arbitration procedure. Foreign investors and businesses are more comfortable moving forward with joint ventures, investments, transfers of technology, and collaborations in India as a result of this legislation.

Alternative dispute resolution (ADR) is preferable to going to court since it is more malleable. Every participant in a conciliation or mediation session has the right to walk away at any time. It has been proven that using ADR to settle a legal dispute is both time- and cost-efficient. Instead than causing tension between the parties, ADR helps them continue working together.

In the event that neither side is willing to participate in the nomination of an arbitrator, either party may petition the Chief Justice’s office to appoint one. Reasonable doubt in the arbitrator’s impartiality and the arbitrator’s lack of sufficient qualification as required by the arbitration agreement are the sole grounds upon which a party can challenge the appointment of an arbitrator. The Arbitration Tribunal shall be composed of a single arbitrator or such other number of arbitrators as shall be selected.

After the deadline for appealing to have an award set aside has passed, or if the appeal is denied, the award becomes final and binding on the parties.

Conciliation is a form of arbitration with fewer formalities. There is no need for an existing agreement to begin this procedure. A conciliator can be appointed by either side upon request. Although one mediator is recommended, two or even three can be used. If there are more than two mediators, they must work together. It is impossible to mediate if one of the parties refuses the other’s offer to do so.

All parties involved in the disagreement have the option of submitting statements to the mediator outlining the context of the conflict and the specific issues at hand. An identical copy of the statement is sent by both parties. The conciliator may make requests for additional information, request a meeting with the parties, or make other forms of oral and written contact with them. The parties can even provide the mediator their ideas on how to end the conflict.

When the mediator determines that conditions are favorable for a settlement to be reached, he may draft the terms of the settlement and submit them to the parties for their approval. In the event that both parties sign the settlement document, it will become legally binding and final.

One should be aware that in the United States, this method is quite similar to that used in Mediation. Mediation, on the other hand, is a wholly informal form of alternative dispute resolution in India, unlike conciliation.

Mediation is a type of ADR (alternative dispute resolution) with the goal of facilitating agreement between two (or more) disputants. Instead of agreeing to terms imposed by a third party, the parties take the initiative and decide on the terms of any settlements they make. States, organizations, communities, people, and other representatives having a stake in the result may participate (as parties) in the disputes.

To facilitate the parties’ reaching an agreement (with tangible implications) on the disputed topic, mediators employ relevant tactics and/or skills to start and/or improve discussion between the disputants. A mediator is only considered neutral if all parties involved agree.

Mediating disagreements is an option for parties involved in many different types of conflicts, including business, legal, diplomatic, workplace, community, and family issues.

For example, if unions and businesses need to reach an agreement, a third-party mediator could help them do it. When a union representing the company’s employees goes on strike, the company often employs an outside mediator to help the two sides come to terms on the terms of any pending contracts or agreements.

To bargain for personal or group gain, to construct outcomes that satisfy a variety of interests, to reach an agreement on a course of action, or to resolve a conflict all fall under the umbrella of negotiation. It is the most common form of conflict resolution outside of court.

The Lok Adalat system established by the National Legal Services Authority Act of 1987 is a distinctively Indian alternative dispute resolution mechanism, in contrast to the more generic approach used by the Arbitration and Conciliation Act of 1996.

Its literal translation is “people’s court.” Village elders have always played an important role in mediating conflicts in India. The Gandhian-inspired Lok Adalat system is an improvement on it. For the purpose of exercising jurisdiction as they see proper, the State Authority, District Authority, Supreme Court Legal Services Committee, High Court Legal Services Committee, or Taluk Legal Services Committee will hold mock courts (called Lok Adalats) on a periodic basis. People with backgrounds in law, social activism, or judicial retirement often preside over these. It does not have authority over cases involving crimes that cannot be “compound.”

Due to the lack of court fees and strict procedural requirements (such as those found in the Civil Procedure Code or the Evidence Act), the process can be completed in a short amount of time. Unlike in traditional courts, the parties involved can speak freely with the judge.

If both parties agree, a case that is already proceeding in a traditional court system might be moved to a Lok Adalat. If a party petitions the court and the court, after affording the opposing party an opportunity to be heard, believes there is a likelihood of settlement, the case may be referred to a Lok Adalat.

Lok Adalats emphasize cooperative problem solving. When negotiations fail, the case must be brought before a judge again. If, however, the parties are able to settle on an agreement, the award will be final and legally binding. A civil court has issued an order, and it must be obeyed. Because it is a judgement by consent, the award is final and not subject to appeal under Article 226.

A Lok Adalat’s proceedings are legally binding, and each Lok Adalat is treated as an equivalent of a Civil Court.

The government-established Lok Adalat (people’s courts) uses mediation and consensus-building to resolve disputes. In 1986, Chennai played host to the first-ever Lok Adalat. Cases pending in ordinary courts within Lok Adalat’s jurisdiction that are amenable to settlement through conciliation and compromise are accepted.

A sitting or retired judge acts as chairman of the Lok Adalat, which also includes two other members who are typically a lawyer and a social worker. You won’t have to pay anything to the court. If a lawsuit is filed in ordinary court and later settled at the Lok Adalat, the filing money will be reimbursed to the plaintiff. The Lok Adalat does not closely adhere to the procedure norms and the Evidence Act when deciding the validity of a claim.

When it comes to monetary claims, Lok Adalat is extremely efficient. Since there is usually room for negotiation and compromise in matrimonial, damage, and partition proceedings, Lok Adalat is also an effective forum for resolving these types of disputes.

The public is fortunate to have access to Lok Adalat, a forum for the swift and inexpensive resolution of legal problems.

With so many cases pending in Indian courts, ADR has become increasingly important in the country.

The availability of such mechanisms, however, appears to be poorly known.

In conclusion, ADR is a fantastic method of obtaining justice. Reasons for the success of ADR include its low cost, speed, expertise, accessibility, ability to mediate conflicts amicably, lack of formality, lack of adversariality, and low cost. Any disagreement can be solved by following the effective procedures outlined in Alternative Dispute Resolution. This is due to the fact that ADR methods have not yielded any workable answers to date. Reason being, in ADR both parties can ask a neutral third party to mediate their dispute instead of going to court themselves. It is recommended that both parties consult an expert, who is generally a lawyer. It is also necessary that the parties agree to be legally bound by this judgment. Because ADR focuses on resolving disputes through communication and compromise rather than litigation, it often results in positive interactions with customers. Using ADR, parties can avoid going to court to settle their differences. Every ruling the judge makes will only inflame tensions between the two sides. This is due to the fact that ADR methods, and particularly conciliation, tend to be somewhat forceful. This is because ADR is more proactive and offers suggestions for how to resolve the conflict. Therefore, there is no doubt that ADR is a simple way to get justice for settling any disagreement that may arise.