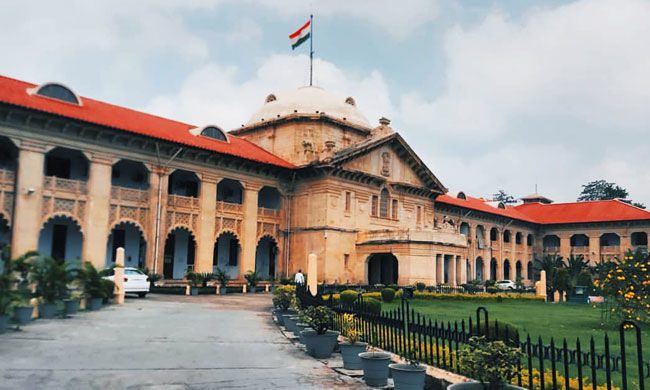 The Allahabad High Court observed that the investigating officers are pressured by the influential persons of society to report as per their command. It further observed that the influence of money in conducting an investigation is quite evident and it is a huge hurdle in the free and fair investigation of a crime and case. This was seen in the case of Sanjeev @ Kallu Sethiya V. State of U.P. (CRIMINAL MISC. BAIL APPLICATION No. – 18458 of 2022) and the case was presided over by Honourable Mr. Justice Siddharth.

Essentially, the bench was dealing with the bail plea of one Sanjeev who was implicated in causing the offense of attempt to murder (307 IPC), rioting armed with deadly weapons (148 IPC), and forming an illegal assembly for the prosecution of a common object of murder (149 IPC).

Therefore, the Court opined that no offense under section 149 was made out and noted that in many such cases, the police were found to have implicated the accused under this provision of IPC even when the ingredients of the section were not fulfilled.

Additionally, the Court went on to observe that such cases occur as there are several impediments in the way of Investigating Officer in the submission of the charge sheet after a free and fair investigation.

To substantiate its observations made in its order, the Court referred to the time when the police were under the control of the British government, the Court noted that during those times, the investigation was carried out keeping in view the direction of the government and their object of ruling this country and thus, Charge-sheets submitted were not the result of a free and fair investigation.

Further, the Court noted that after India became independent, it became a welfare state from the police state of the Britishers, and thus, it was burdened with a more difficult job given the deteriorating law and order situation, communal riots, political turmoil, student unrest, terrorist activities, increase in white-collar crimes, etc.

Significantly, the Court added that since the police force now had new challenges to face, it came under stress and strain. Due to this, it started a mechanical investigation of the crimes entrusted to it for a free and fair investigation.

“The investigating officer is pressured by the influential persons of society to report as per their command. The influence of money in conducting an investigation is quite evident and it is a huge hurdle in the free and fair investigation of a crime and case…The investigating officer is also under pressure from Senior Officers, who do not favorably see any departure from the established practice of justifying the implication of an accused by collecting evidence in this regard. They feel it safe to justify implication of an accused by submitting investigation reports against the accused, except in few cases, where they or their political patron is interested otherwise.”

“The version of the accused side, as usual, is missing. Therefore, based on a one-sided and flawed investigation the implication of the applicant under Section 149 I.P.C cannot be justified,” the Court added.

Consequently, the Court granted bail to the accused who was booked under Sections 147, 148, 149, 307, 302, 504 I.P.C on his furnishing a personal bond and two sureties each in the like amount to the satisfaction of the court concerned.