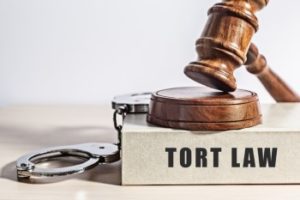 In the case of Bolton v. Stone [1951] AC 850, a landmark judgement on tort of negligence was delivered by the House of Lords. It established that a defendant is not negligent if the damage to the plaintiff was not a reasonably foreseeable consequence of his conduct.

On 9 August 1947, during a game of cricket at a Cricket Ground in Manchester, a batsman from the visiting team hit the ball for six. The ball flew out of the ground, hitting the claimant, Miss Stone, who was standing outside her house in The Hill Road, approximately 100 yards (91 m) from the batsman. The club had been playing cricket at the ground since 1864, before the road was built in 1910. The ground was surrounded by a 12-foot fence, but the ground sloped up so the fence was 17 feet above the level of the pitch where the ball passed, about 78 yards from the batsman. There was evidence that a ball had been hit that far out of the ground only very rarely, about six times in the last 30 years, although people living closer to the ground reported that balls were hit out of the ground a few times each season. The claimant argued that the ball being hit so far even once was sufficient to give the club warning that there was a risk of injuring a passer-by, fixing it with liability in negligence for the plaintiff’s injuries. The claimant also claimed under the principle in Rylands v Fletcher, that the ball was a dangerous item that had “escaped” from the cricket ground, and in nuisance.

Somervell, Singleton and Jenkins LJJ, dismissed nuisance on the same grounds as Oliver J. Somervell LJ, dissenting, held that the claimant had failed to establish that the defendants had not taken due and reasonable care, so was not negligent either. The House of Lords unanimously found that there was no negligence, although most considered it a close call based on whether the reasonable person would foresee this as anything more than an extremely remote risk. Most of the Lords agreed that the key issue was that of making the key question one of determining the fact of what the reasonable person would have in mind regarding assumption of this risk. This was not considered to be a point of law, which is the province of judges, but a factual question, which may also be determined by a jury. In this case the risk was considered too remote for the reasonable person, in spite of the observation by Lord Porter that hitting a ball out of the ground was an objective of the game.