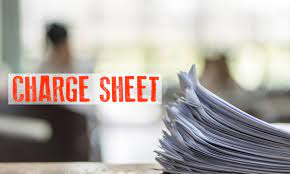 The Karnataka High Court has reiterated that an accused would become entitled to all copies of the chargesheet material, denial of which would result in an unfair trial. This was noted in the case of CHIRAG R. MEHTA v. THE STATE OF KARNATAKA (Case No: CRIMINAL PETITION NO. 5712 OF 2022) and the judgment was presided over by a Coram of Justice M Nagaprasanna.

In the case at hand, a petition was filed by Chirag R. Mehta, charged with offences under Sections 364A and 506 of the IPC.
The first appellate court had dismissed State’s appeal following which, it approached the High Court.

He had questioned the order of Additional City Civil and Sessions Judge, Bengaluru, only partly allowing his application under Section 207 (Supply to the accused of copy of police report and other documents) of the CrPC seeking copies of charge sheet documents.

The trial court had declined to furnish copies of documents that are enclosed in the charge sheet on the ground that the Investigating Officer has not produced them before the Court. The application was allowed to the extent of permitting the counsel for the accused to inspect electronic records before the Court.

At first, the bench referred to the case of Muzammil Pasha v. NIA where it was held that while furnishing the list of statements, documents, and material objects under Sections 207/208 CrPC, the Magistrate must ensure that a list of other materials, (such as statements, or objects/documents seized) should be furnished to the accused. This is to ensure that in case the accused is of the view that such materials are necessary to be produced for a proper and just trial, he may seek appropriate orders, under CrPC.

It was further held that the concept of fair disclosure would take in its ambit furnishing of a document which the prosecution relies upon whether filed in court or not. That document should essentially be furnished to the accused and even in the cases where during the investigation a document is bona fide obtained by the investigating agency and in the opinion of the Prosecutor is relevant and would help in arriving at the truth, that document should also be disclosed to the accused.

The court noted, “In the light of the judgment rendered by this Court, the accused would become entitled to all copies of the charge sheet material, denial. of which would be contrary to the principle of fairness.”

Further, the bench held “Therefore, the order passed by the learned Sessions Judge sans countenance and is to be obliterated to the extent of not allowing the application in full and a direction ensue in favour of the petitioner to the prosecution to furnish documents that are sought in the application filed by the petitioner. While doing so, the prosecution shall bear in mind the method of furnishing the aligns with what was held by the Apex Court in the case of P. GOPALAKRISHNAN @ DILEEP v. STATE OF KERALA AND ANOTHER.”