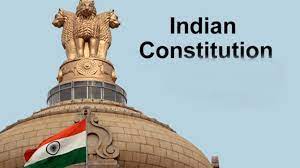 There are two articles in the Constitution which guarantee the right to exploitation.

Article 23: The prohibition of traffic between man and forced work .  (i) Transport between humans and food, and other similar forms of forced work are prohibited, and it is about  violation of this provision. It is a punished crime in accordance with the law. (ii) Nothing in this article prevents the state for any kind or none of them. Exploitation means the abusive use of the services of others without payment.

Forced labour is prohibited by the Constitution. If the salary is not paid at least, it is considered as forced work. This article also makes the “linked work” unconstitutional. The guaranteed work is forced to provide loan /debt services that people cannot reimburse.

The training includes the trade of men and women against illegal and immoral activities. The Constitution does not explicitly prohibit “slavery”, but there is a wide range of areas because article 23 contains the term “forced labour” and “transport.”

Article 23 protects citizens not only from the nation but also civilians. The nation is forced to protect the citizens of these evils taking a punishment for the authors of these acts (considered crime) and abolish these evils of society. We are forced to take positive measures.

According to article 35 of the Constitution, Parliament is authorized to adopt a law that punishes acts prohibited in article 23. Article 23 suggests that forced services for public purposes (such as military recruitment) are not unconstitutional. Law adopted by Parliament in accordance with article 23: eliminating immoral traffic between women and girls, the prohibition of the use of children in the work system linked to 1956.

The article 23 included three unsocial practices that are

Obligation services for public purposes [Article 23, Paragraph 2,]: Article 23, Paragraph 2 is an exception of the article (1) of the article, and permission to impose a forced service to public services.  However, the nation is prohibited from religion, gender, caste, class, or one of them, but also imposes forced services for public purposes. The term “public goal” covers the explicit cause or purpose that is essentially related to the general interests of society that oppose personal interests . This includes the social or economic purpose of the constitutional part IV related to the principle of the management of national policy.

Employment for children (article 24): This article establishes that children under the age of 14 should not work in factories or mines, or participate in another dangerous work . Article 24 (E) and 39 (f), and protects the health of children under the age of 14. Prohibitions based on article 24 of the Indian Constitution have been implemented for everyone, either in the state or in private. In the appointed dispute, the Association of Democratic Rights, the Indian Union , the Supreme Court determined that the construction of a building was a dangerous job that should not be used in less than 14 years. India is a government federal form, and the central government and the state government can legislate child labour issues.

Conclusion: Most fundamental rights as restrictions on national authority impose a negative duty of a state which does not interfere with individual freedom. However, there are specific basic rights applied to the world, in particular articles 17, 23 and 24. The application to the state of article 23 is not limited, but such success is everywhere, and it is vast and indefinite because of the fundamental impact of article 23. After having established an article of 23 and 24 of the Indian Constitution, which prohibits trafficking and prohibits child labour, the lowest part of society is always faced with such serious problems. Congress is obliged to take legal measures against this law and was punished by law in the form of abolition of bone labour in 1976, and child labour law of 1986 is read with the provisions of the Act on exploitation. It should be widespread in Japan prohibiting child labour and should be announced in newspapers and other online resources. You must also extend to people. Today, if you wish, they can make a big change for society. After that, India can be a country where citizens can live without fear of equality and exploitation rights. In my opinion, if life is defeated and another individual whim, the concept of equal rights before the law, equal protection of the law and other fundamental rights have meaning. This constitutional right guarantees the safety of citizens, but India is still on a long way to reach zero exploitation.