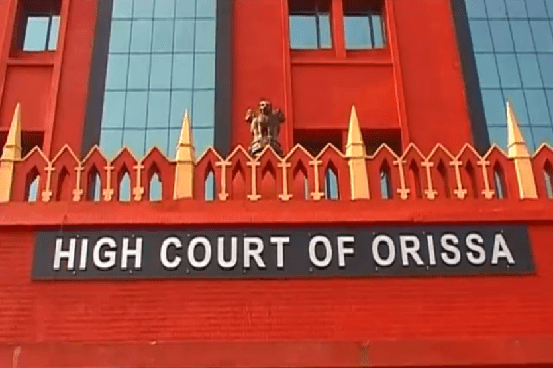 The Odisha High Court passed a judgement on 7.09.2022. In the case ofDara Singh @ Rabindra Ku Pal & Ors. v. State of Odisha (CRLA No. 525 of 2007).The Orissa High Court has upheld the conviction of Dara Singh alias Rabindra Kumar Pal and his co-accused for the Murder of Father Arul Doss in Mayurbhanj district of Odisha in the year 1999. While affirming the conviction and sentence pronounced by the Trial Court in September 2007, a Division Bench of Chief Justice Dr. S. Muralidhar and Justice Chittaranjan Dash.

On 1st/2nd September, 1999 at around 2 AM in the night when some persons belonging to the Christian community were performing a dance in front of the Jambani Church, the present appellants along with some others armed with lathis formed an unlawful assembly, trespassed into the church and asked for Father Arul Doss, who was then sleeping in a room in the church. Hearing their noise Kete Singh Khuntiar (Informant & PW 3) came out and subsequently, somebody assaulted PW 3 on the back of his head by a lathi and resultantly, he became unconscious. After some time, he regained his senses and heard Father Arul Doss shouting loudly. Out of fear, he went into the jungle and informed the Sarat Police Station. This information was ultimately forwarded to the jurisdictional Polic Station at Mahuldiha the following morning i.e. 2nd September, 1999. The FIR was registered against four unknown persons. PW 22, who was the OIC of Mahuldiha P.S. visited the spot and held an inquest on the dead body of Father Arul Doss. On gathering information, the appellants were arrested by PW 22. At the end of the investigation, a charge sheet was submitted against the present four appellants and others. Finally, 17 persons, including the present appellants were sent up for trial after charges were framed against them under Sections 120B/149, 323/149, 147, 148, 302/149 and 436/149, 452/149 and 212/149, IPC. Whereas the present four appellants were convicted for the offences aforementioned, the remaining 13 accused were acquitted of all the offences. Therefore, the present appellants approached the High Court against such conviction.

The Court relied on the observations made by the Apex Court in Mahendra v. State of M.P. (supra), “It was not the case of the prosecution that there are other unnamed or unidentified persons other than the o who are charge-sheeted and faced trial. When the other co-accused persons faced trial and have been given benefit of doubt and have been acquitted, it would not be permissible to take the view that there must have been some other persons along with the appellant in causing injuries to the victim. In the facts and circumstances, it was as such not permissible to invoke Section 149 IPC.” Accordingly, the Court held that it is not possible in the present case to sustain the conviction against the four Appellants for the offence punishable under Section 149, IPC. However, the Court observed that one has to see whether in the present case, even if it is held that Section 149 IPC is not attracted, whether the appellants could be still convicted with the aid of Section 34 IPC. The Court acknowledged that the charges framed do not mention Section 34, IPC. However, the Court clarified that the decision in Hamlet @ Sasi v. State of Kerala, says that even in such cases, Section 34 IPC can be invoked subject to the following two requirements: It has to be established that there was common intention to commit the crime; and The participation of the accused in the commission of the crime has to be established. It was also held in the above case that once the above two elements are established, even an overt act on part of some of the persons in sharing the common intention is not necessary. Hence, the Court delved to examine whether the present Appellants did share the common intention to kill 3 Father Arul Doss and burn the church in question. It observed, “A careful perusal of the evidence of PW-2 shows that he could identify each of the present Appellants. His evidence was cogent, clear and convincing. He clearly knew the aggressors as they had come earlier to the same place. The mere fact that a TI Parade was not conducted would not discredit the testimony of the said eye-witness.” The Court then relied upon Raja v State, wherein it was observed, “…If the material on record sufficiently indicates that reasons for “gaining an enduring impression of the identity on the mind and memory of the witnesses” are available on record, the matter stands in a completely different perspective. This Court also stated that in such cases even non-holding of identification parade would not be fatal to the case of the prosecution.” Keeping in view the above decisions of the Supreme Court, the Bench held that in the instant case, since the identity of the four appellants has been established beyond reasonable doubt through the testimony of PW-2, the non-holding of TI Parade to have them identified by PW-2, is not fatal to the case of the prosecution. The Court further rejected the submissions made on behalf of the appellants that in the absence of specific charge invoking Section 34, IPC and attributing to each of the appellants an overt act, severe prejudice has been caused to them by not giving them an opportunity of defending themselves against the charge, as unacceptable. Consequently, the Court sustained the conviction of the appellants for the offence punishable under Sections 302/323/436/452 of IPC with the aid of Section 34, IPC. The sentences awarded to each of them for the aforementioned offences were also affirmed. However, they were acquitted of the offences punishable under Sections 147, 148 and 149, IPC.