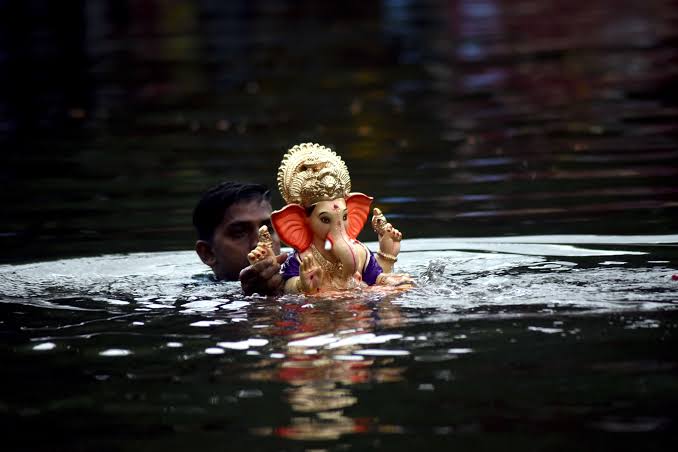 The Bombay High Court granted liberty to the forest officials to take appropriate steps against persons who flout the directions issued by the State with regard to immersion of idols under the learned bench of  Justices PB Varale and SM Modak after a Public Interest Litigation by the NGO, Mumbai March.

After reading news reports regarding banners put up by former corporators that claimed permission for immersions in the water body within the national park had been granted, the petitioner petitioned the Court. They asserted that a simple reading of this news item would lead the average person to believe that the forest officials have given permission for idols to be immersed in water features inside the SGNP.

The bench made a comment during the hearing that, on the surface, it appeared from the news story and the banner described in it that authorization had been requested for immersion and had been granted.

“We direct direct that the forest dept of state govt shall take all appropriate steps to prevent any activity to enter in the national park for immersion of idols and if any such attempt is made to breach any provisions of law by flouting circulars issued by the State, then the forest authorities are at liberty to take appropriate steps,” the Court directed.

In order to prevent damage to wildlife, the State was permitted to deploy additional police force.- “In case, if any attempt is made to mislead public at large, by making certain untrue statements, the state govt shall also take appropriate steps to prevent such mischief, by taking recourse to provisions of law”, the Bench added.

A detailed copy of the order is awaited