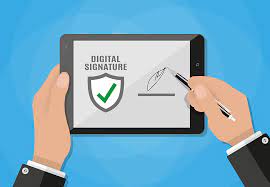 The Supreme Court held that all members of society, including those with disabilities, should be able to access court decisions through the learned bench consisting of  HONOURABLE JUSTICES DY CHANDRACHUD AND AS BOPANNA in the case of State Bank of India vs Ajay Kumar Sood. The court further stated that digital signatures are required to sign the judgements.

FACTS OF THE CASE: Brief facts of the case are as follows; In the present case, when hearing an appeal against a decision of the Himachal Pradesh High Court that upheld an order of the Central Government Industrial Tribunal, the bench made this observation. After determining that the High Court’s contested ruling is unclear, the court provided sweeping rules for authoring judgements. The court also provided recommendations for enhancing the judgements’ accessibility and readability.

The following observations were made by the Supreme Court in the same case :

JUDGEMENT: The bench disposed this appeal and stated that the judge must write a clear analysis of the legal and factual issues that need to be resolved. The Supreme Court also declared that the Judgments must carry paragraph numbers and a table of contents in a longer version so as to make it accessible accessible to persons from all sections of society including persons with disability.