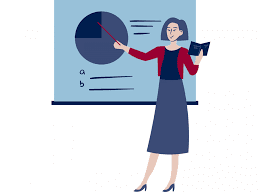 The status of teachers as employees under PAG was upheld by the Supreme Court through the learned bench led by HONOURABLE MR. JUSTICE D.Y. Chandrachud in the case of Independent Schools’ Federation of India (Regd.) V. Union Of India & Anr (Civil Appeal No.8162 of 2012)

FACTS OF THE CASE: Brief facts of the case are as follows; In the present case, The appellants/petitioners made the following two claims: a) The Payment of Gratuity (Amendment) Act, 2009, violates the theory of separation of powers by superseding the court’s ruling in Ahmedabad Private Primary Teachers’ Association (previous case). (a) The retroactive amendments violate the constitution because they are irrational, overbroad, and harsh. The Supreme Court in Ahmedabad Private Primary Teachers’ Association v. Administrative Officer and Others had held that the teachers who impart education to students were not “employee” as they do not perform any kind of skilled, unskilled, semi-skilled, manual, supervisory, managerial, administrative, technical or clerical work. Later, the Gratuity Act was amended and post amendment, the Section 2(e) included teachers under the definition of employees. Several private schools challenged the constitutional validity of the amendments and seven High Courts dismissed the writ petitions in this regard. In this case, the Supreme Court was considering the appeals filed against these High Court judgments and also some writ petitions filed under Article 32.

JUDGEMENT: After reviewing the submissions of both sides, the Hon’ble Court opined that the earlier decision in Ahmedabad Private Primary Teachers’ Association (supra) by this Court had interpreted the law, that is, Section 2(e) of the PAG Act, as it then existed in the statute. The bench noted that, the legislature, vide the Amendment Act, 2009, has given retrospective effect to the amended provision of Section 2(e) and the newly inserted Section 13A with effect from 3rd April 1997, which is also the date of the notification issued by the Government under Section 1(3)(c), making the PAG Act applicable to the educational institutions with ten or more employees. The court also held that the power to amend, which includes the power to amend the statute with retrospective effect, is a constitutional power vested with the legislature, which is not confined and restricted to any particular type of statutes, namely, tax statutes and thus the court dismissed the appeals/writ petitions.