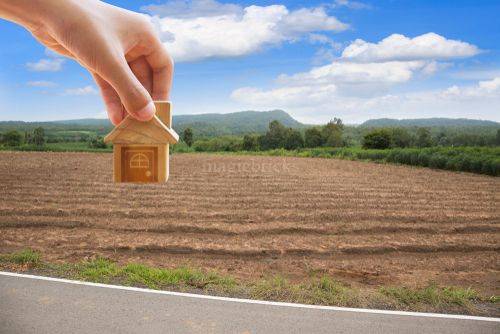 FACTS OF THE CASE
The facts of the case are that Iliyas Mohammad Ejaj Mohammad and Ishaq Mohammad as Khudashat and their names were registered in the revenue record as pakka tenant and landlord. On 15/08/1947, they had migrated to Pakistan. Appellant/ plaintiff and other persons filed three separate civil suits before the Civil Judge, Narayangarh by showing themselves to be sub-farmer of Iliyas Mohammad, Ejaj Mohammad and Ishaq Mohammad and sought relief of declaration and their title, but all the three civil suits were dismissed on 30/01/2005, then the appellant and other persons preferred appeal before the 2nd Additional District Judge, Mandsaur. The same was also dismissed vide order dated 30/12/2008 with liberty to the plaintiff to file afresh civil suit. The plaintiff was in possession of the suit property since 15th August, 1947. His possession was entered in the revenue record as landlord but in the year 1973-74, name of the plaintiff along with other persons were deleted and name of respondent No.2 was entered into revenue record. As per the provision of Administration Evacuee Property Act,1950, the suit land was vested in respondent No 2/Government of India, but respondent No. 2 never took possession of the suit land through Custodian Officer and no such notification was issued. The provision of section 264 of Madhya Pradesh Land Revenue Code is not applicable in respect of land of the Central Government, therefore, the appellant/plaintiff filed civil suit against the respondent/defendant. The respondent denied all the allegations regarding possession of the plaintiff over the suit property by stating that on 31/03/1974, on behalf of respondent No. 1 Revenue Inspector had taken possession of the suit land, therefore, no question arises regarding acquiring adverse possession of the appellant /plaintiff over the suit property for last 30 years. Order of Mutation dated 23/03/1974 is also binding upon the plaintiff. The suit being time barred is not maintainable.

JUDGEMENT
In the present case, the original owner of the suit land i.e., Iliyas Mohammad Ejaj Mohammad and Ishaq Mohammad had migrated to Pakistan on 15th August 1947, therefore, the under the provision of Administration of Evacuee Property Act, 1950, their rights and interests in the suit land were vested in the custodian appointed under the said Act. Although learned counsel for the appellant contended that no custodian was appointed by the Central Government and no notification was issued, but in view of the admission that the property was vested under the Administration of Evacuees Act, 1950. It was also admitted by both the parties in previous round of litigation, therefore, no need to file such notification or appointment letter of custodian. When once the property vested in custodian, then original owner or anybody claiming through original owner will not have any right against such property. In the present case, the appellant/plaintiff had proved Panchshala Khasra of the suit property for the period of 1965- 66, but in the same year suit land was registered in the name of Iliyas Mohd., Ejaj Mohd and Ishaq Mohd but nowhere name of the plaintiff was stated as a possession holder and the appellant also proved Panchshala Khasra of the suit property since 1992 to 2005-06, but in all these Kharas, the suit land was registered in the name of Madhya Pradesh Government, although, in the said Khasra, name of several persons along with the plaintiff were mentioned as possession holder. The suit was filed in the year 2015, therefore onus to prove adverse possession for last 30 years lies upon the plaintiff, but the plaintiff did not file continuous Panchshala Khasra for the period of 30 years. Even the appellant/plaintiff did not file any relevant document regarding revenue receipt or any other paper for proving possession of land, payment of rent is crucial. Even during the period of 30 years, no proceeding under section 248 of Madhya Pradesh Land Revenue Code has been instituted against the appellant/ plaintiff, therefore, the appellant/plaintiff has failed to prove his continuous possession over the suit property prior to the date of institution of the civil suit for the period of 30 years as per the sections 64 and 65 of the Indian Limitation Act, therefore, the plea of adverse possession set up by the appellant was rightly dismissed by both the Courts below as there is no evidence available before the Court below to establish this plea. The plaintiff Bapulal also fairly admits that he knows that the suit land was mutated in the name of Madhya Pradesh Government. From perusal of Khasra, it appears that since 1973 when the suit land was registered in the name of Madhya Pradesh Government, but the appellant did not file any civil suit for declaration of tile in respect of the suit land within 12 years of said mutation. He has belatedly filed civil suit in the year 2015 without explaining aforesaid delay therefore, both the Courts below have rightly hold that the suit is time barred as per Article 64 and 65 of the Limitation Act. This Court is of the considered view that the judgment and decree passed by both the courts below are well reasoned and are based on due appreciation of oral as well as documentary evidence available on record. The findings recorded by the courts below are concurrent findings of fact. Learned counsel for appellants has failed to show that how the findings of fact recorded by the courts below are illegal, perverse or based upon no evidence. Thus, no substantial question of law arises for consideration in the present second appeal. no substantial questions of law arises for consideration in this appeal. The appeal fails and is hereby dismissed.
PRIME LEGAL is a full-service law firm that has won a National Award and has more than 20 years of experience in an array of sectors and practice areas. Prime legal fall into the category of best law firm, best lawyer, best family lawyer, best divorce lawyer, best divorce law firm, best criminal lawyer, best criminal law firm, best consumer lawyer, best civil lawyer.