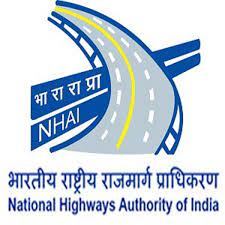 The Bombay High Court on 20th August 2022 ruled that when the court is confident that the Arbitrator erred solely on specific issues and that the arbitral award is otherwise reasonable, the court is not obligated by Section 34 of the Arbitration and Conciliation Act, 1996 to set aside the entire award (A&C Act), through the single bench of Justice Manish Pitale in the case of National Highway Authority of India vs The Additional Commissioner, Nagpur and Ors. (Arbitration Appeal No. 03 of 2022).

Under the National Highways Act, 1956 (NHA), the National Highways Authority of India (NHAI) began the process of acquiring the respondent owner’s lands. The Land Acquisition Collector issued an order awarding the respondents compensation. In response to the compensation awarded to them, the respondent land owners/claimants-initiated arbitration proceedings under Section 3G (5) of the NHA and sought compensation enhancement. The Arbitrator granted the land owners’/claimants’ application in part. The NHAI filed an application in District Court disputing the arbitral award under Section 34 of the A&C Act. The District Court only partially overturned the Arbitrator’s award. The NHAI filed an appeal with the Bombay High Court under Section 37 of the A&C Act in reply.

The NHAI argued before the High Court that the District Court could not have partially set aside the award since it would amount to modifying the Arbitrator’s award, and so the arbitral award on its whole should have been set aside. According to the NHAI, the lower court ordered the NHAl to pay 9% p.a. interest on the higher compensation from the date of the notice under Section 3D of the NHA to the date of payment of the enhanced compensation. The NHAI contended that the aforementioned direction to pay interest on the enhanced compensation was issued on the incorrect date because interest must be paid from the date of taking possession, not the date of notification.

As a result, NHAI argued that the entire award was invalid and should be set aside under Section 34 of the A&C Act. The respondents/landowners challenged the NHAI’s contention that the lower court’s order amounted to a modification of the arbitral award.

The bench relied on the Supreme Court that had ruled in NHAI v. M. Hakeemand [(2021) 9 SCC 1] that the court exercising power under Section 34 of the A&C Act does not have the power to modify an arbitral award and that the court only has a supervisory role and cannot correct the Arbitrators’ errors. The Court further noted that the Bombay High Court in R.S. Iron International Ltd. v. Jiwani [(2010) 1 Mh.L.J. 547] had ruled that the judicial discretion given in the court by Section 34 of the A&C Act includes the right to set aside an award partially or wholly depending on the facts and circumstances of the case. The High Court noted that the position that the court needs to set aside an award in its entirety and recommence the arbitral proceeding would be unjust, unfair, and inequitable, and would not achieve the goals of justice.

The bench stated that when the court is confident that the Arbitrator erred solely on certain issues and that the arbitral award is otherwise valid, the court is not obligated to set aside the entire award. Holding that the court can set aside an award partially under Section 34 of the A&C Act, based on the facts and circumstances of the case, the Bench decided that the court can separate the award about the items that do not suffer from any defect and uphold the award to that extent.

The bench further noted that under Section 3H (5) of the NHA, the Arbitrator may grant interest at 9% per year on the excess amount from the date of taking possession under Section 3D of the NHA. Additionally, a proviso to Section 34 (2A) of the A&C Act states that an award may not be reversed only based on an erroneous application of the law or reappreciation of evidence. Finally, the Court refused to intervene with the lower court’s order.

Accordingly, the appeal was dismissed.